Last weekend, I finally replaced my Nexus 4 smartphone with the third-generation Lenovo Moto G. While I enjoyed my Nexus 4, over the past year or so the number of problems has grown to be troublesome. The battery’s lifespan had greatly shortened; the 8GB of non-expandable space created a lot of problems (error messages, etc.); no LTE compatibility; a lot of crashes that shut the phone down entirely; the phone’s had problems answering phone calls (its one main job as, well, a phone); and finally, Google’s stopped releasing any further updates for the phone, though some security updates will continue. Either way, after almost three years, it was time for an upgrade.

The Moto G model I bought is the 2015 edition with 16GB of storage space and 2GB of RAM. The storage space is expandable via a MicroSD card, which I’ve filled with an old 4GB one, giving the phone a total of 20GB. Since I’m just moving from an old Android phone, the Moto G gave an option to transfer contacts, apps, etc. (via my Google/Gmail account) to the new phone. However, I still ended up downloading a few apps and adjusting a few settings.

The Moto G also came with Android 5, but gave an option to upgrade to Marshmallow. That went smoothly, as did the phone installing updates for some apps. The Moto G fortunately doesn’t come with very many “bloatware” apps, sparing space and resources on my new phone. It’s basically near-stock Android.

Photo quality is much improved over the Nexus 4, though as some reviews note, nighttime/dimmer indoor lighting isn’t its strongest point. Here’s one photo: 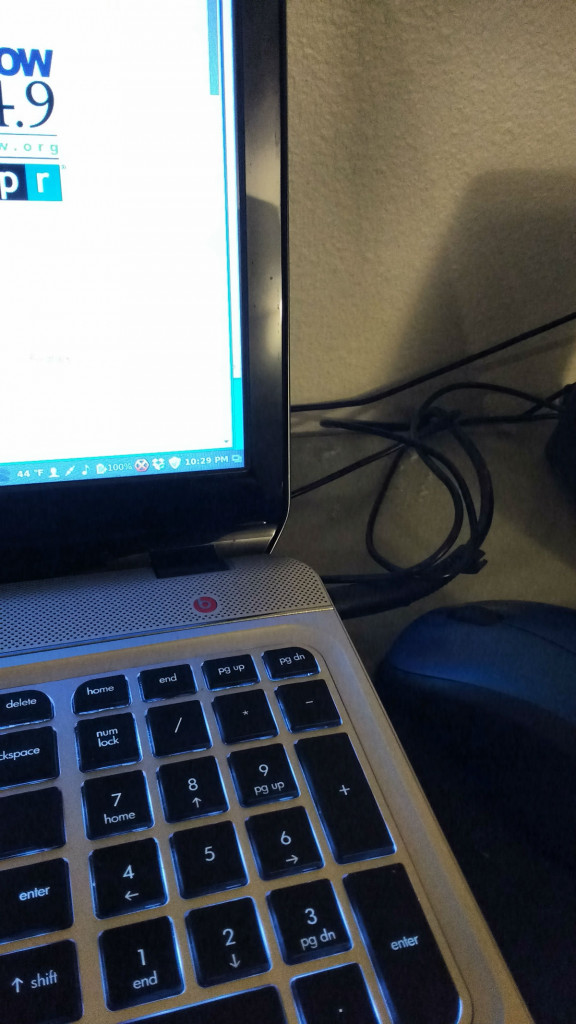 As for a phone case, I found a cheap one at, of all places, Radio Shack. The one I went to is still operating like nothing’s happened. I didn’t see much sign of it being converted to mainly Sprint-related products, per the current plan for the remaining stores, though I imagine it’s coming.

So far, the Moto G’s working well, with decent battery life and no odd crashes, system errors, or whatnot. I’ve got no complaints so far. I’ll let you know (on here or via Twitter) if anything changes.