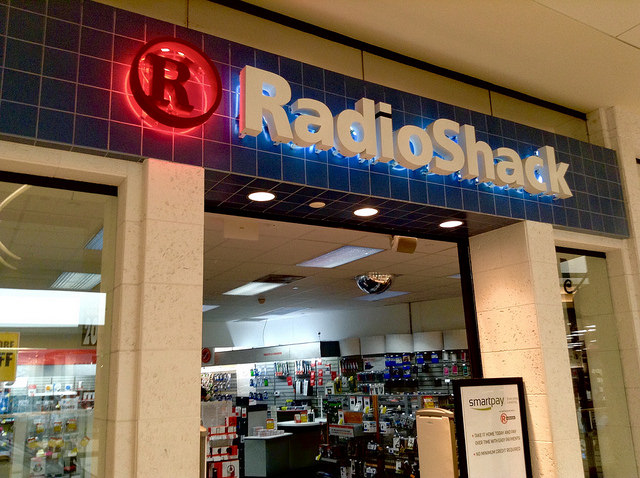 After a long period of rumors, it looks like Radio Shack’s finally about to go under once and for all. This comes along with its stock about to be de-listed from the New York Stock Exchange (it closed at 24 cents a share on Monday).

This marks the end of a store that dates back almost 100 years (Radio Shack was founding in 1921). When I was a kid, Radio Shack was the store that sold electronics parts to hobbyists, as well as some of the earliest personal computers. However, the chain stayed stuck in its ways and never really adapted well to the changing electronics landscape of the 90s and 2000s. Its biggest changes during that time were dropping some of its emphasis on hobbyist electronics parts, and adapting a more general-consumer-oriented focus, particularly offering cell phones. Competition from Wal-Mart, Target, Best Buy, and (until it went under) Circuit City didn’t help, nor did the rise of the Internet. Finally, Radio Shack has an excessively high number of locations, given the store’s problems (4,200 stores?!).

As for personal memories, Radio Shack is where I’d sometimes go for batteries or a few things I couldn’t find anywhere else, though I noticed (with disdain) that items at Radio Shack often cost more than they would almost anywhere else. The biggest Radio Shack memory I have is that it’s where I bought my first smartphone, lo these many years ago (well, in 2009 anyway). Of course, “the store that I often went to as a last resort” isn’t exactly a ringing endorsement.

Radio Shack did make a stab at shaking off its dated image last year, with what was the best ad at last year’s Super Bowl: a bunch of 1980s pop cultural figures appearing to take its traditional store stock “back to the 80s.” It’s too bad its ad campaign didn’t work:

As for what’ll become of the Radio Shack locations, while Amazon was highly rumored to be a buyer, instead, Sprint will take over some of the locations, with the rest sold off/shut down.