Twitter’s had a rough year. Its problems with (and lackluster handling of) trolls, neo-Nazis, racists, and Russian bots were frequently criticized. And, of course, there’s the Donald using his Twitter account to tweet out whatever boorish thought crosses his narcissistic mind.

Despite that, it’s the end of the year, so it’s time for Twitter to give us statistics on what’s been popular on its social network.

The 10 most retweeted tweets

The most retweeted tweet this year was a teenager trying to get Wendy’s to give him chicken nuggets.

Of greater interest (at least to myself) is the second most-retweeted tweet is also the most-liked tweet ever. Barack Obama sent a tweet after the Charlottesville, Virginia white supremacist rally in August led to the death of one person.

“No one is born hating another person because of the color of his skin or his background or his religion…” pic.twitter.com/InZ58zkoAm

The eight remaining most retweeted tweets include: 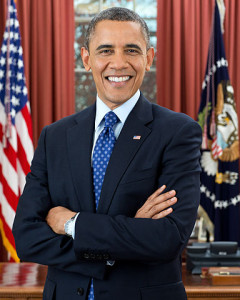 Note that none of the Donald’s tweets made it into the top 10. The Washington Post figures it might be the sheer volume of his tweets versus Obama’s.

Almost a year into the Trump era, Obama still has more followers. @BarackObama has over 97.6 million followers, while @realDonaldTrump has 44.2 million, less than half. Combining it with the @POTUS feed (over 21.3 million) brings it up to over 65.5 million followers, or just two-thirds of Obama’s single account.

Meanwhile, CNN (ironically) reports that Trump’s most retweeted tweet was a video of Trump (as the guest star at a WWE match) beating up someone with a CNN logo plastered over his head. Because if there’s anything the president of the United States should be promoting, it’s the idea of violence against the free press.

Yes, politics played a big role on Twitter this year. “Both sides are angry” takes aside, it’s obvious much of Twitter’s leaning against Trump’s policies. The most popular political hashtags for 2017:

Progressive-leaning (or anti-Trump) hashtags outnumber the conservative ones seven to three (#2, #4, and #10).

If wondering, #8 ties into protests against the Dakota Access pipeline. #9 relates to Colin Kapaernick’s protests against police brutality/shootings of unarmed African-Americans. This led to many NFL players this year protesting by taking a knee during games’ playing of the national anthem. Of course, this also angered the usual suspects who don’t care about or disagree with Black Lives Matter, or missed the point entirely (see #10).

The most tweeted about movie was “Wonder Woman.” The movie “La La Land” came in at #2, probably out of the embarrassing Oscar mess-up last February in announcing “Moonlight” as best picture. Also on the list is “Black Panther” at #9.

The most tweeted about TV show is “Game of Thrones.” For streaming-only shows, the winner is “Stranger Things,” Netflix’s biggest hit of 2017.

The most tweeted about global TV event this year was the Miss Universe pageant.

The top sports-related hashtag was “#halamadrid,” the slogan/catchphrase for the Spanish soccer team Real Madrid. Soccer, after all, is the world’s most popular sport.