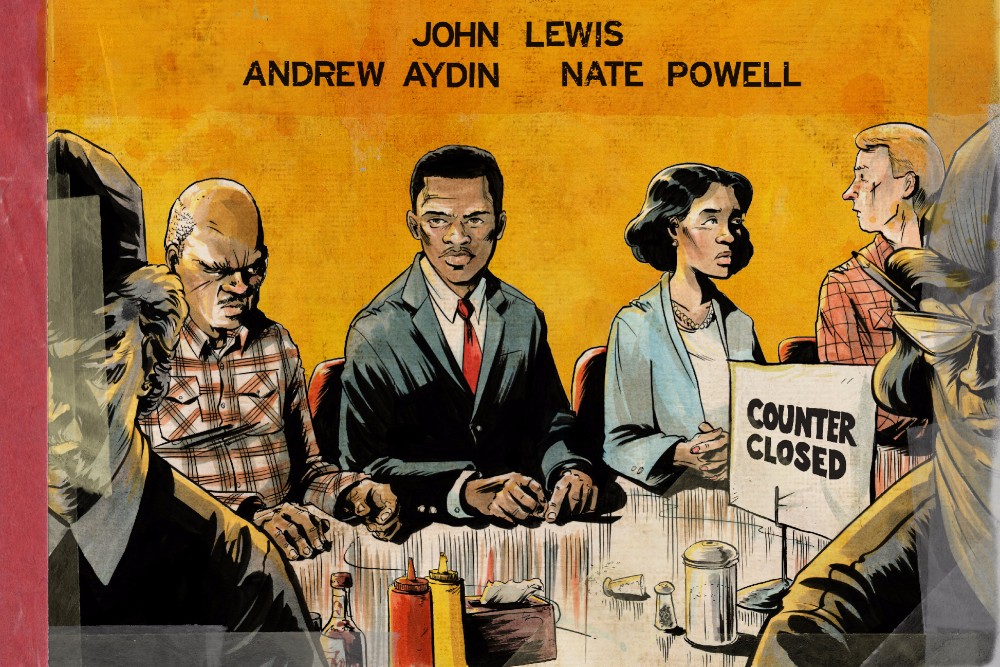 Today marks the inauguration of our 45th president, Donald Trump. I’ve written before about the Donald’s flaws, especially on social media. (Long rant short: he’s not just horrifically unqualified to be president, but also a bad human being, period. Unless being racist, sexist, bullying, egotistical, and anti-intellectual are “virtues.”)

Unfortunately, I suppose I’ll have to mention Trump in future blog posts as relevant. While this isn’t a political blog, the president and his administration do affect a wide range of media and technology issues. These range from net neutrality to media consolidation.

The president also has an impact on popular culture. Case in point is today’s post. Recently, Representative John Lewis stated he felt Trump wasn’t “a legitimate president,” and planned to boycott the inauguration. (Contrary to Lewis’ statement, he’s skipped an inauguration before, Bush’s in 2001.)

That said, Trump’s tweets stating that Lewis is “all talk… no action” rubbed a lot of people the wrong way, and for good reason. Lewis participated heavily and prominently in the 1960s civil rights movement. His experiences were turned into a graphic novel, with the aid of co-author Andrew Aydin and artist Nate Powell. “March: Book One” went on sale in 2013; the book became a success. The success led to follow-up volumes “Book Two” (in 2015) and “Book Three” (in 2016).

The reaction to Trump’s tweets had a positive effect on sales of “March.” Amazon reported the book (both single volumes and the trilogy set) shot to the top of its best-seller list. The trilogy set is (as of this writing) the #1 selling graphic novel on Amazon, and sold out; “Book One” is #2, “Book Three” is #4, and Book Two is #5. (#3 is a Kindle version of a “Scott Pilgrim” volume.)

Ultimately, some good came of this. While it had plenty of praise before, “March” gained a much bigger audience among the general public than it would have otherwise. Unfortunately, this is just the start of a very long and exasperating four years.