Last week, PBS announced a deal between the public broadcaster and T-Mobile. The deal involves shoring up PBS stations’ broadcast facilities. But why is T-Mobile involved?

A recent FCC spectrum incentive auction involves stations having the option of selling their frequencies back to the government. The government can then auction the now-empty spectrum to various bidders (including T-Mobile) to increase available mobile bandwidth. The stations on the now-sold channels would then either move to a different channel, merge with another station (as a digital subchannel), or go off the air permanently.

One concern is that PBS might end up vanishing in some rural areas, where stations often rely on low power translators. Translators (also called repeaters, etc.) are low-power stations that simulcast a larger station’s signal. They increase the reception range of a TV station, especially in rural/hard-to-reach areas. Western Washington state, where I live, is one such place; the stations here sometimes list their numerous translators during station identifications.

As PBS is noncommercial, some stations might not have the money to move their translators to new frequencies. Thus, up to 38 million viewers would be lost if nothing’s done. The spectrum auction doesn’t provide funds for stations to switch translators.

T-Mobile to the rescue?

Cue the unexpected entrance of T-Mobile. The magenta-hued telecommunications giant will cover the costs of PBS stations switching their translators, including new equipment, engineering, etc. I couldn’t find out how much T-Mobile’s paying for all of this; however, they bid $8 billion in the spectrum auction earlier this year. T-Mobile won 45% of the auctioned spectrum.

I assume T-Mobile will receive an on-air thanks, similar to other corporations that donate to PBS stations/programs. Corporations have some ties to the otherwise non-commercial PBS, as seen in last year’s deal between “Sesame Street” and HBO.

The T-Mobile/PBS deal also helps avoid a similar situation in Canada with its public broadcaster, CBC. During Stephen Harper’s tenure as prime minister, funding cuts led to CBC deciding not to convert its stations’ numerous translators from analog to digital; instead, they just shut them down. This left anyone without cable/satellite in outlying areas out of luck for watching CBC. On a smaller scale, something similar almost happened (but was averted) earlier this year with TVOntario, Ontario’s province-wide public broadcaster.

Again, I assume we’ll hear more calls from conservatives to eliminate PBS funding. Never mind that such funding cuts would hurt public broadcasting; there’s no guarantee the private sector could make up for such cuts. (Or without compromising PBS somehow.) 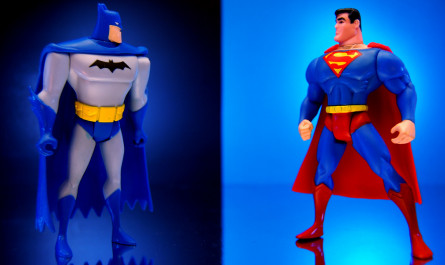