As promised, here’s my look back over the first season of “The Looney Tunes Show.”

My overall summary of the show so far: other than a few episodes, it feels too much like a typical sitcom, with everything too restrained. Few elements of the classic Looney Tunes humor, or even of their TV successors (“Tiny Toon Adventures,” “Animaniacs,” “Duck Dodgers,” etc.) are seen in many of the episodes—little to no slapstick, no fourth-wall breaking, no satire or social commentary, no Acme corporation (with one fleeting cameo aside), etc. While the ‘Tunes have been shown in the suburbs before, it was usually much funnier than this series; see Acme Acres in “Tiny Toons.” The show also feels too slow-paced or “realistic”/restrained in what violence is seen, such as the fight scene in one episode.

Some of the character changes for this series also come off as flat. I’m still not sure why Witch Hazel was renamed “Lezah” (besides possible trademark reasons over the term “witch hazel”), or why she sounds like Leshawna‘s second cousin. Lola’s personality change from “Space Jam” isn’t necessarily a bad thing (though it did stir up a lot of online commentary), but also doesn’t strike me as very funny, either. Bugs here isn’t as invincible as he was in the original shorts, but also seems restrained by the sitcom trappings like the others (no prank-pulling on Yosemite Sam, etc.). Finally, Daffy seems to come off the worst: his “dim-witted” personality from “Duck Dodgers” seems to be retained, but amplified to eleven, with few of the other traits that made him endearing. Instead, Daffy here too often feels like Master Shake from “Aqua Teen Hunger Force.”

Now that that’s out of the way, I’ll list the positive aspects of the show:

The show’s best episodes to date:

The first two of those episodes were leftovers from the show’s initial writing attempt, which ironically was more faithful to the classic shorts/previous TV efforts before being retooled into a sitcom format. The third, while more reflective of the show’s usual format, has more slapstick/comedic moments to it than usual.

My suggestions for next season of this show would be to take cues from the comedic elements in the three episodes noted above, and lose the sitcom straitjacketing. I’d also look at giving more plots to the secondary characters (such as Sylvester and Tweety) and making Daffy less of a Master Shake knockoff; if they need a previous version to base Daffy on, I’d go for Robert McKimson’s Daffy, who was a composite of the Jones/Freleng “greedy egoist” and the Avery/Clampett “screwball.”

Unfortunately, since the show did well in this format, I worry season two will just bring more of the same, which reminds me of one reason why I dislike the current heavy wave of reboots: they seem bent on throwing out or changing much of what made the characters interesting or fun in the first place, and come off as generic-feeling retreads at best (or, at worst, someone’s bad fanfic idea); see: the “Star Trek” movie from a few years ago, or the various DC Comics continuity reboots (going back to Byrne’s Superman/”Crisis on Infinite Earths”). While I wish “The Looney Tunes Show” success for its second season, if it’s just going to be more of the same, I don’t think I’ll be tuning in past the first episode or two (nor blogging reviews of it anymore). 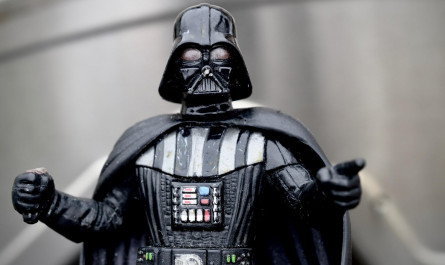