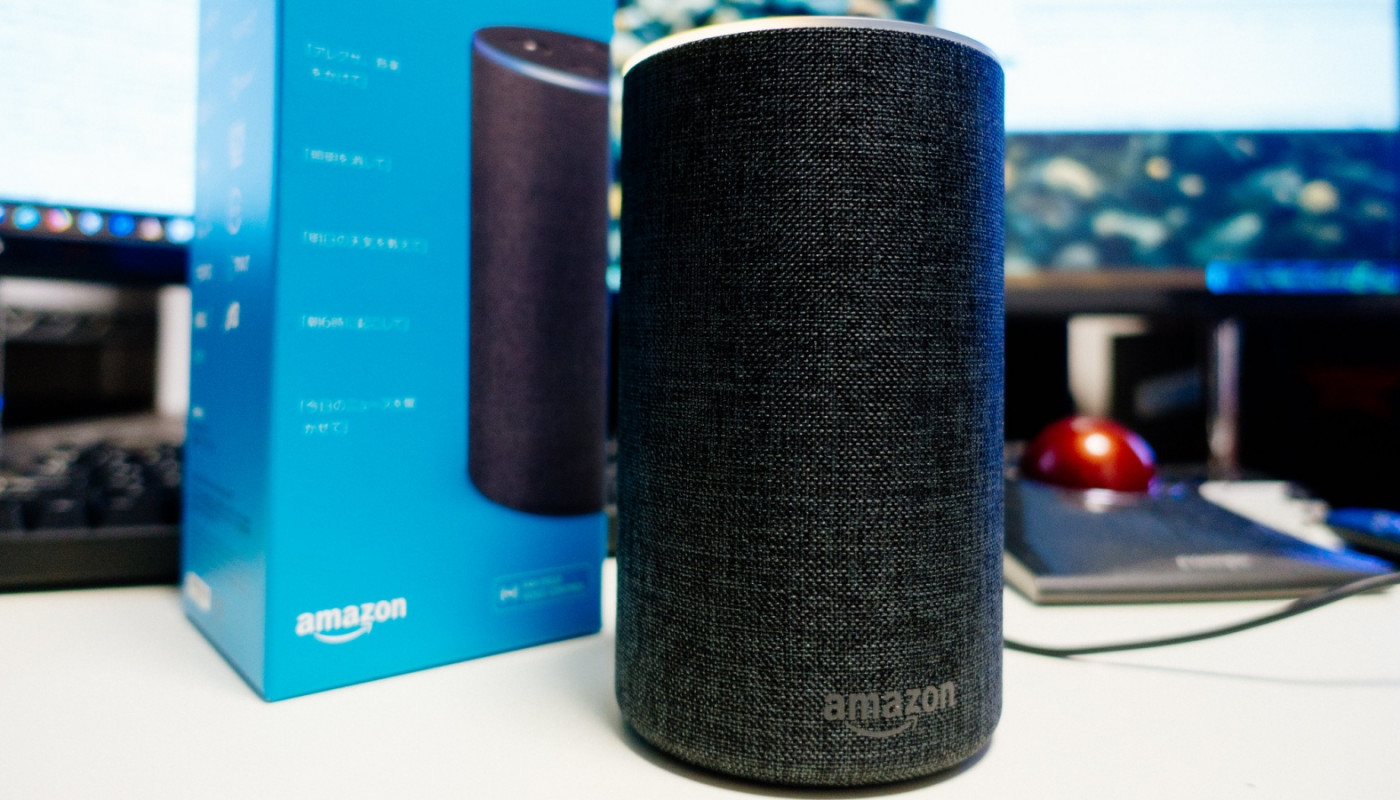 Smart speakers have taken off in recent years. According to GeekWire, the most recent sales quarter saw 16.8 million units shipped. Meanwhile, global sales grew 187% in the second quarter of 2018, versus 2017’s second quarter.

Sales of smart speakers are dominated by Amazon, whose Echo speakers are cheap and popular. Google follows in second place, though its Google Home speakers have picked up recently in sales. Apple’s speaker, the HomePod, isn’t as successful, trailing well behind Amazon and Google. It also globally trails speakers made by Alibaba, China’s answer to Amazon. 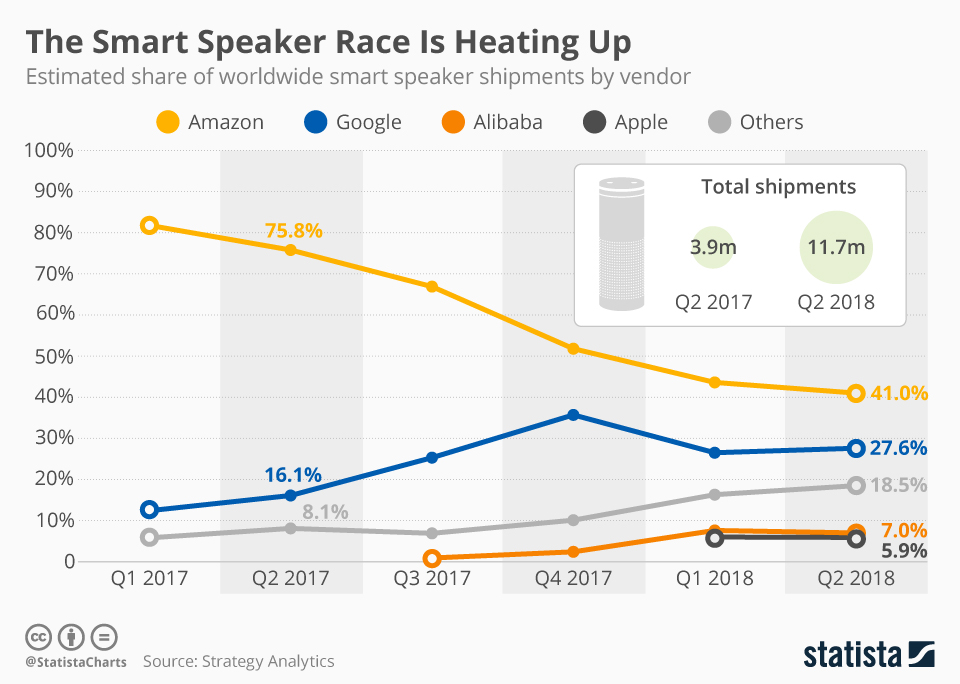 Smart speakers’ most popular uses: as a smartphone/clock radio with a better speaker?

However, while Amazon seemed to hope that smart speaker sales would lead to more products being vocally purchased, that doesn’t seem to be the case.

In research conducted in April with consumers in the U.S., U.K., Germany and France, Futuresource found that, like nearly a year earlier, the top two uses of smart speakers were listening to music (growing from 69 to 84 percent) and checking the news (a slight decline from 54 to 52 percent). Also in the top four and growing were traffic information and setting reminders and alarms.

But starting at a low percentage and getting less popular? Using a smart speaker for controlling appliances or heating, or making online purchases, or playing games. All are declining, and tallied at less than 25 percent in Futuresource’s most recent survey. 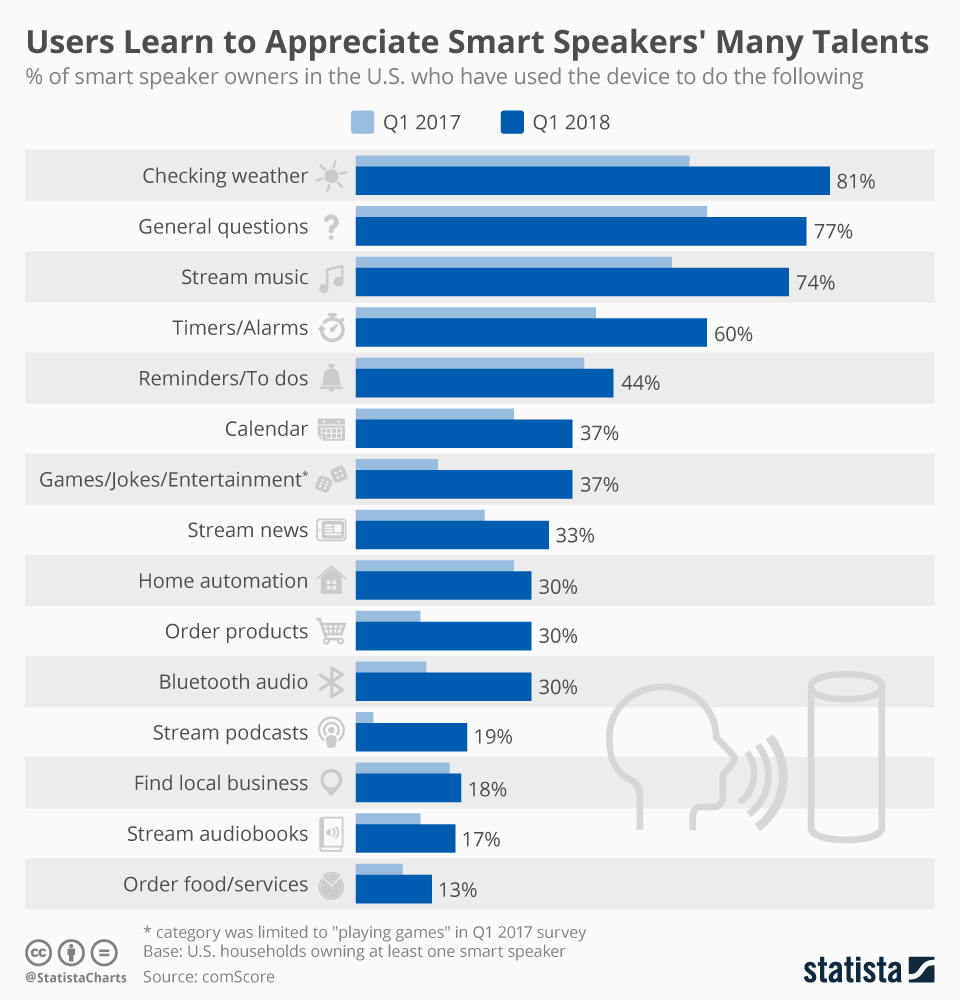 I suppose I can see why. Smart speakers are convenient, offer basic functions (weather, setting timers, playing music), are easy to use, and are affordable. They also don’t require picking up a smartphone or tablet to regularly use. While they can be used for home automation/”smart home” features, I suspect the average person who isn’t a “techie” isn’t as likely to do that.

As for why smart speakers aren’t a popular means for making purchases, my guesses why:

Overall, I suspect the future of smart speakers for most people is as a radio/smartphone/tablet supplement, not as the future of online shopping.

As for myself (and why I haven’t discussed smart speakers much until now), I don’t have a current need for a smart speaker. I live in a small apartment, so all of my electronics are nearby, including my laptop, TV, and tablet. Any of those devices can fill the same functionality as a smart speaker. Never mind I don’t even use Google Assistant on my smartphone—I’d rather press the icon for my weather app than verbally ask for the weather.

Do you have a smart speaker? If so, what do you use it for?

Diverse Tech Geek is back online, now with Digital Ocean as a web host

The value of a customized 404 error page