News has finally arrived on the debut date of the new “Sabrina the Teenage Witch” animated series “Sabrina: Secrets of a Teenage Witch.” The series (produced by the same animation studio making the upcoming “It’s Archie“) is set to debut Saturday, October 12, at noon ET/11 AM CT, and will air on The Hub. (Sorry, don’t know who’s broadcasting it outside the US…)

The series will feature Sabrina playing “superhero” against various threats, while being voiced by Ashley Tisdale (of “High School Musical” fame). Salem will be voiced by Ian James Corlett, who voices Mr. Conductor on “Dinosaur Train” and the Dad on “Johnny Test.” No word on who’s voicing Harvey . The “klutzy” alter-ego sounds like Sabrina in the mortal world might behave similarly to her fellow Archie costar, Archie Andrews himself, albeit dressed in a hipper fashion. 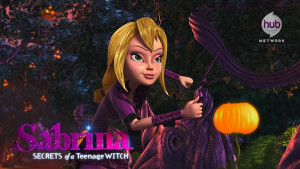 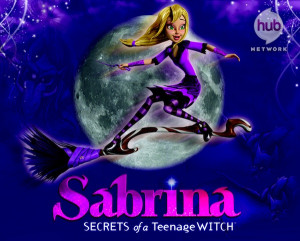