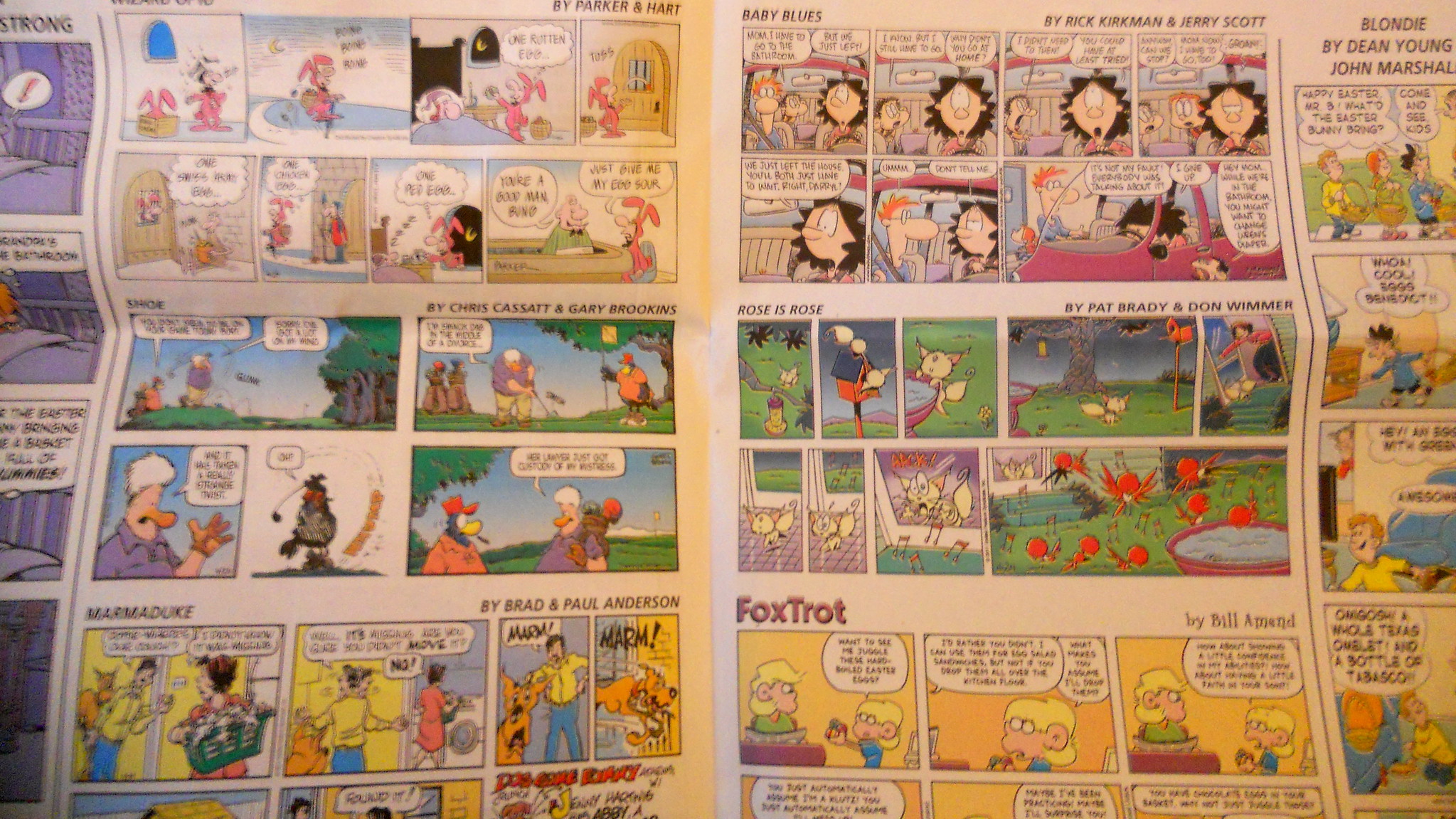 This week’s entry is Dave Brousseau’s “A Couple of Guys,” a comic strip that ran from 1996 to 2018 in various LGBT/alternative papers, as well as online.

The strip focuses on the lives of an approaching-middle-age gay couple in New York City: Joey, a cop for the NYPD, and his husband Eric, a waiter/part-time actor. Joey’s shown as being much more down-to-earth and rational minded than Eric, who tends toward being less sensible and sometimes vapid. Eric’s also prone to vivid daydreams.

A recurring gag in the strip is Eric conversing with his “good” and “bad” sides, via the old cartoon gag of tiny angel and devil versions of himself.

“Guys” can sometimes be a bit “blue,” with the characters clearly enjoying dating/sex (or jokes about such used as punch lines). There’s also the, well, anatomically stylized artwork on some characters. The strip does seems willing to poke fun at itself, however. Eric’s favorite strip (which none of the other characters can stand) is a vapid one-note comic with inane sex jokes.

“Guys” apparently is also one of the few strips where the characters are aging in roughly real time. One example of such is Eric’s niece April. The daughter of Eric’s sister and brother-in-law (the latter a boorish, homophobic radio “shock jock”), April’s gone from infancy to being a teenager. For awhile, April dated her classmate Leo, who’s a transgender boy.

“Guys” also features a myriad of characters, including:

The characters do have their serious sides, with their relationships a big part of the strip’s storylines. After New York State legalized same-sex marriage, Eric and Joey renewed their vows, with Simone and Sue also opting to get married.

Brousseau also draws on some facets of gay culture for humor, including strips set at Joey and Eric’s favorite gay bar.