This week’s minorities in cartoons entry is “Oh Noah!,” a series of educational shorts that air on PBS’ children’s lineup. The goal of the series is to teach the meaning of various Spanish words.

The shorts feature Noah, a boy who’s visiting his grandmother, Abuela (Spanish for “grandmother”). Abuela lives in a place where everyone only speaks Spanish, and nobody speaks English. Noah is well-meaning and helpful, but often misunderstands the meaning of Spanish words, causing him to get into trouble. His catchphrase: “How did I ever get into this mess?!”

Noah usually gets into trouble from misunderstanding either Abuela or Coco, a very young girl who lives near Abuela and often hangs out with Noah. Noah is also usually accompanied by his pet mouse, Pequeño (“small” in Spanish). Pequeño knows Spanish, but can’t speak, which doesn’t help Noah much. Incidentally, all the animals in the series know Spanish, no matter what part of the world they’re in, as seen when Noah meets a polar bear (“oso polar“) in the Arctic.

“Oh Noah” is available on PBS Kids’ website, but also sometimes air on PBS, usually as filler between programs. For a time, “Oh Noah” was seen at the end of episodes of “Cyberchase.”

The series was originally titled “Noah Comprende,” a pun on the Spanish phrase “no comprende” (“he/she doesn’t understand”).

Noah is voiced by Jorge Diaz, a live-action and voice actor. 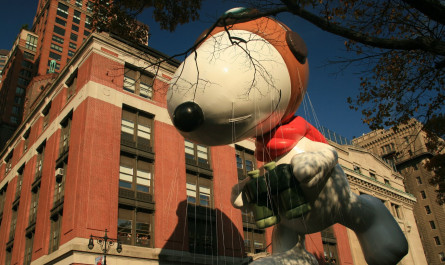