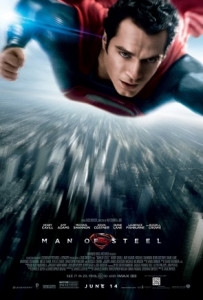 Word came last week that the “Man of Steel” sequel, which was supposed to be released in July 2015 (when it’d have gone mano a mano against the “Despicable Me” spinoff movie “Minions”), has been pushed back to May 6, 2016. On that date, it’ll directly face a still-unnamed Marvel movie.

I can see some reasons for pushing it back to 2016: a mid-2015 release for a big-budget superhero film still hammering out its script (or film’s official name) seems a stretch. There’s also the film being a mess at this point—a ton of announced characters (Ben Affleck as Batman, Gal Gadot as Wonder Woman), debate over who the villain(s) will be, what the film’s plot will even be about, etc. Plus, the heavy competition in 2015—besides the “Minions” movie, there’s also “Avengers 2” and “Ant-Man” to contend with, plus the reboot of “The Terminator.”

The main flaw of a 2016 date is that it’ll be a three-year stretch between DC superhero films. Meanwhile, Marvel will be releasing “Avengers 2,” “Guardians of the Galaxy,” “Captain America: The Winter Soldier,” and a few other films, including “Ant-Man.” Marvel pretty much dominates the modern superhero box office scene at this point, with DC’s theatrical efforts currently riding on a single film (hence hauling in their favorite crutch, Batman, for the sequel). There’s also that it’s a sequel to, well, “Man of Steel,” in all its depressing, joyless tone. “Man of Steel” did well at the box office, but reaction to it by fans and the general public was decidedly mixed; it’s not (and never will be) a widely beloved film like the Reeve Superman movies. Hence Warner Bros.’ pulling-out-all-the-stops effort with the sequel. On top of all that, DC/Time-Warner also want a “Justice League” film (to cash in on “The Avengers” popularity), which at this point will probably be lucky to see a theatrical release before the end of the decade. Assuming superhero films are still a craze by that point, of course. And again, there’s no indication what the “unnamed” Marvel film will be, assuming Marvel doesn’t blink and change its release date.

Overall, I guess Time-Warner will need all the luck it can get. At least they have television, where they have a stronger presence than Marvel (“Arrow,” the upcoming “Flash” show, the multitude of Batman cartoons, etc.), though the recent news of Marvel producing shows for Netflix (plus a few for-regular-TV series) might change that…