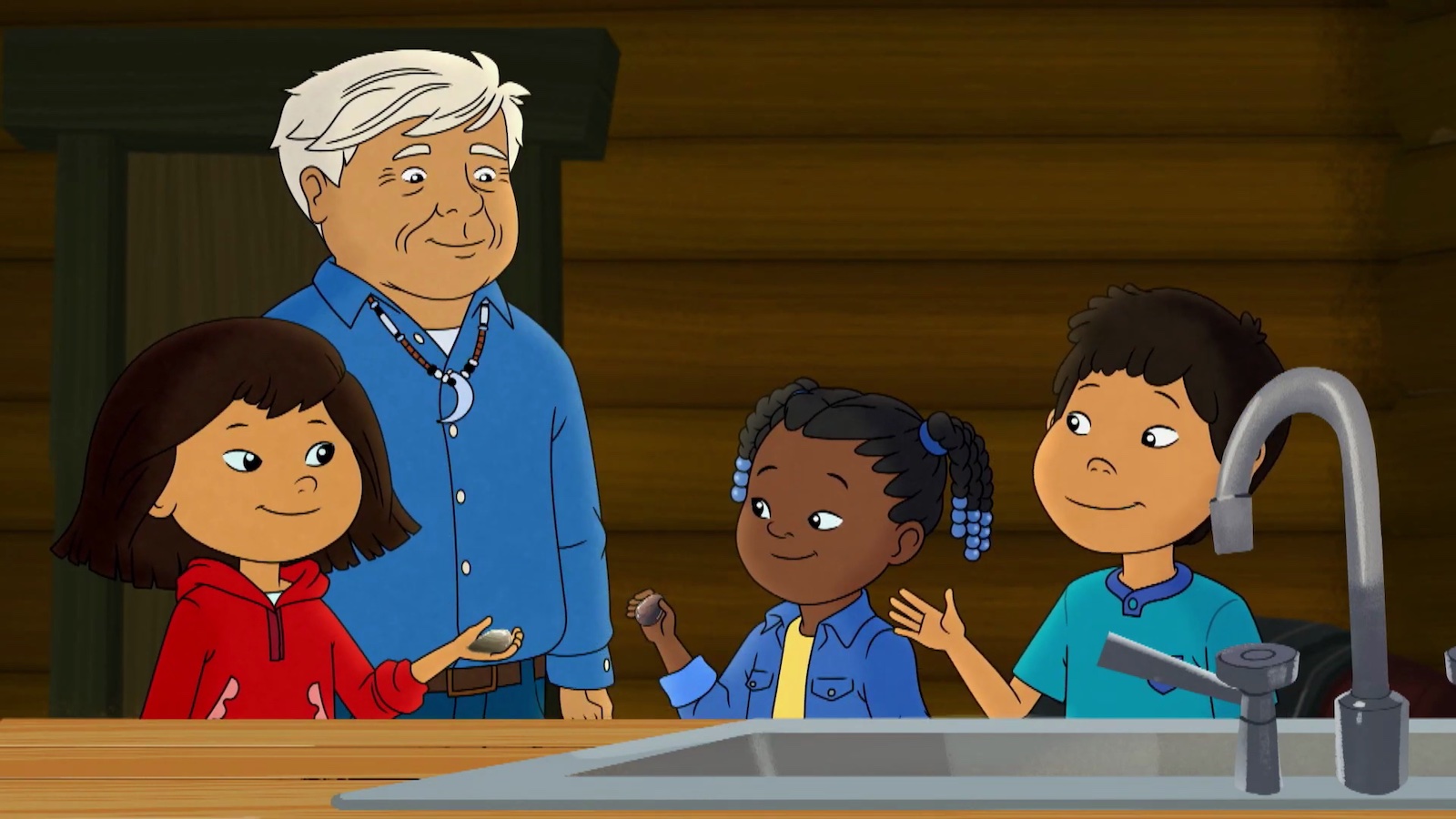 On that note, I thought I’d discuss six Indigenous characters in cartoons. Older depictions of Indigenous people in comics and animation were often stereotypical and/or done by non-Indigenous creators. Fortunately, modern depictions are showing improvements in both of these areas.

“Molly of Denali” is an animated series that debuted on PBS Kids in 2019.

“Molly of Denali”’s educational goals include teaching about: wildlife; Alaska itself; Alaskan Native cultures; and conducting information research. For the latter, the village library is one of the show’s settings; Molly also runs a vlog, and does some research on her laptop and smartphone.

Dawnstar is a DC Comics superhero who first appeared in “Superboy and the Legion of Super-Heroes” #226 (April 1977). She was created by Paul Levitz and Mike Grell.

Dawnstar’s backstory: in the 13th century, aliens abducted her people (ancestral Puebloans) and took them to another planet. There, genetic engineering gave them all giant angel-like wings and other powers. Dawnstar’s ancestors stayed on said planet (named “Starhaven”) until the 31st century, when Dawnstar joined the Legion.

Dawnstar’s powers include: surviving in space without a spacesuit; flying through space at faster-than-light speeds; and the ability to track life forms or objects across interstellar space.

Fellow Legionnaire Wildfire at one point dated Dawnstar. A Justice League crossover storyline in 2007 suggests Dawnstar’s bisexual; she had a relationship with a woman during a stay in the 21st century.

3. Nelvana of the Northern Lights

Nelvana of the Northern Lights is a Canadian-made superhero, first appearing in “Triumph-Adventure Comics” (August 1941). Nelvana was created by Adrian Dingle.

Her backstory states she’s the offspring of a mortal woman and an Inuit deity. Nelvana’s powers include telepathy, invisibility, the ability to fly on a beam of light at light speed, and melting objects. Her secret identity is “Alana North.” Nelvana’s adventures remained in print until 1947.

Among other lasting influences, the Nelvana animation studio is named after Alana. Ditto the mother of Marvel’s superhero Snowbird.

“Lilo & Stitch” is a popular 2002 Disney movie. Lilo (voiced by Daveigh Chase) is an energetic and quirky young Hawaiian girl who’s being raised by older sister, Nani (voiced by Tia Carrere). Stitch (voiced by Chris Sanders), meanwhile, is a blue monster created by an alien mad scientist, Jumba (voiced by David Ogden Stiers). Stitch was meant to be a living weapon of mass destruction; however, while Stitch is chaotic, his city-destroying tendencies don’t turn out as Jumba hoped.

The movie was a success, spawning several direct-to-video sequels and several animated TV adaptations: one in the US, another in Japan, and a third one in China.

Maya Lopez, aka “Echo,” is a Marvel superhero. Echo first appeared in “Daredevil” (vol. 2) #9 (December 1999); she was created by David Mack and Joe Quesada.

Echo’s backstory is that she’s the adoptive daughter of the Kingpin, but (fortunately) turned out to be a hero. Maya’s of Cheyenne heritage. Her abilities include the ability to duplicate anyone’s physical skills after briefly studying them, similar to the Marvel villain the Taskmaster. She’s also one of the few superheroes who’s deaf.

Maya’s also been a host of the Phoenix Force (of X-Men fame).

Outside of comics, Echo will appear on the 2021 Disney+ series “Hawkeye,” played by Indigenous actress Alaqua Cox. Maya’s also scheduled to get her own spin-off TV series.

Mii’s backstory is that she’s from Moose Factory Island, Ontario, Canada, and is of Cree heritage. When she turned 16, Mii discovered she could gain superpowers by speaking a specific word, “Keewatin.” Equinox’s powers are elemental, and tied to the changing seasons.

Equinox made a bit of a news splash, with Canada’s CBC reporting on her debut.

On a semi-related note, Jules Koostachin, the voice of Molly’s mom from “Molly of Denali,” is from the real-life Moose Factory Island.

Mass media is starting to see increased representation of Indigenous characters in cartoons. A few articles highlighting some characters:

Image from “Molly of Denali.” (PBS)