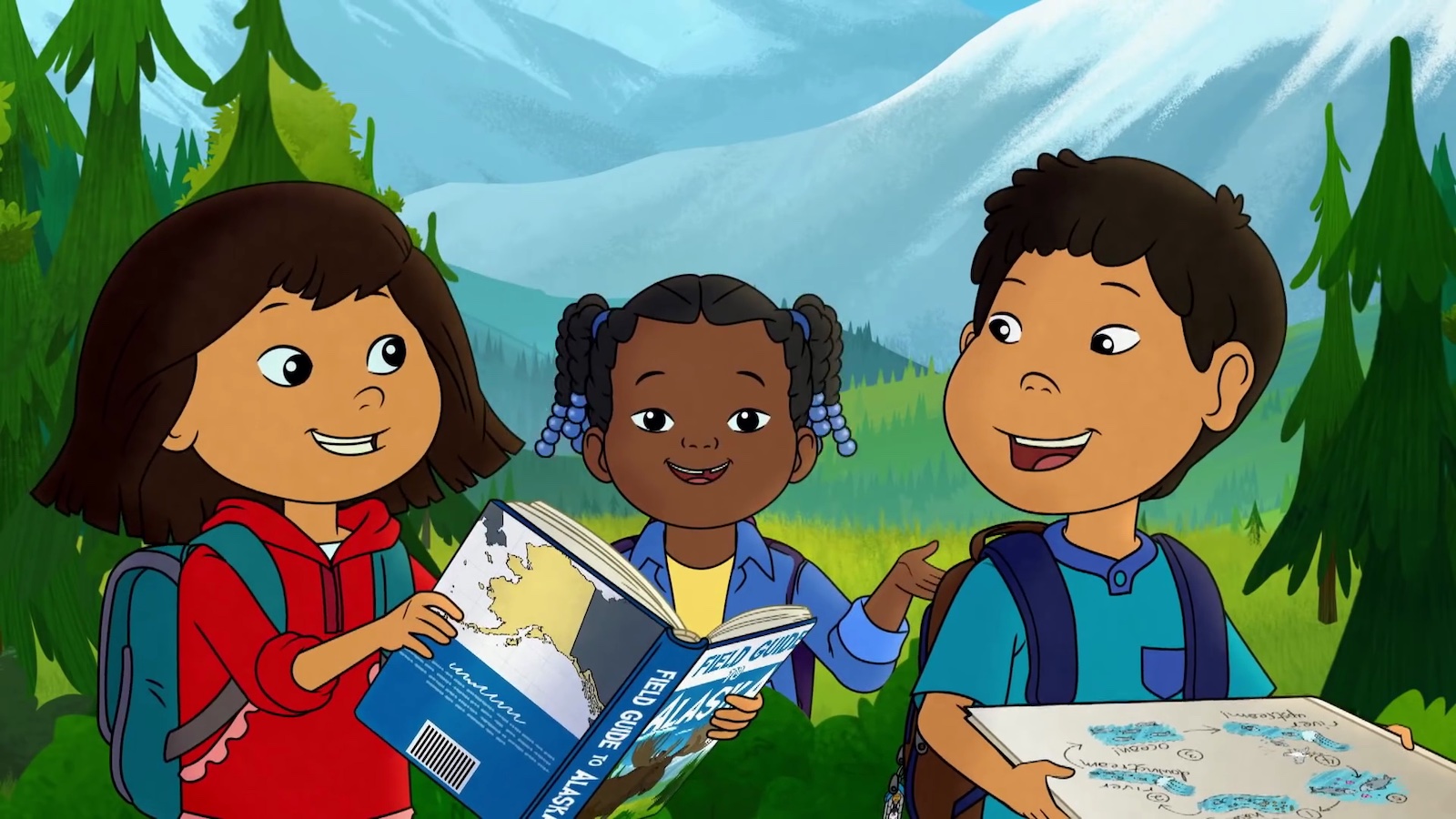 “Molly of Denali” is an animated series that debuted on PBS Kids (PBS’ children’s programming block) in 2019.

Qyah’s shown as a very tiny village. In one episode, Molly says there’s slightly under 100 people there. The cast itself reflects such; not only is Oscar Auntie Midge’s grandson, he’s also the son of the kids’ school teacher, Mrs. Marsh. The only major businesses (besides tourism) are the Denali Trading Post and a food co-op/restaurant run by another character.

Most of the cast are Alaska Native (though Tooey’s father is Japanese). As such, the show heavily features aspects of Alaska Native culture. (The voice actors and creative staff behind “Molly of Denali” are also Indigenous people.) One episode, “Tale of the Totem,” features Molly visiting her relatives in Sitka to watch her first totem pole raising. Molly also frequently says “Mahsi’ Choo,” the Gwich’in language word for “thank you.”

Another educational aspect of the show is seeing the characters solve problems through research, logic, and the use of technology. Molly herself runs a vlog about life in and around Qyah, and the characters make frequent use of the Internet. The series itself was also launched in a technologically modern way: through a multipart story released as an audio podcast. The podcast tells the origin of Suki as Molly’s pet, plus how Molly’s parents came to run the Trading Post.

Molly, Trini, and Tooey, from “Molly of Denali.” (PBS)