Household landline phones are the next dying piece of technology, according to current trends.

Statistics site Statista has created this infographic charting the data: 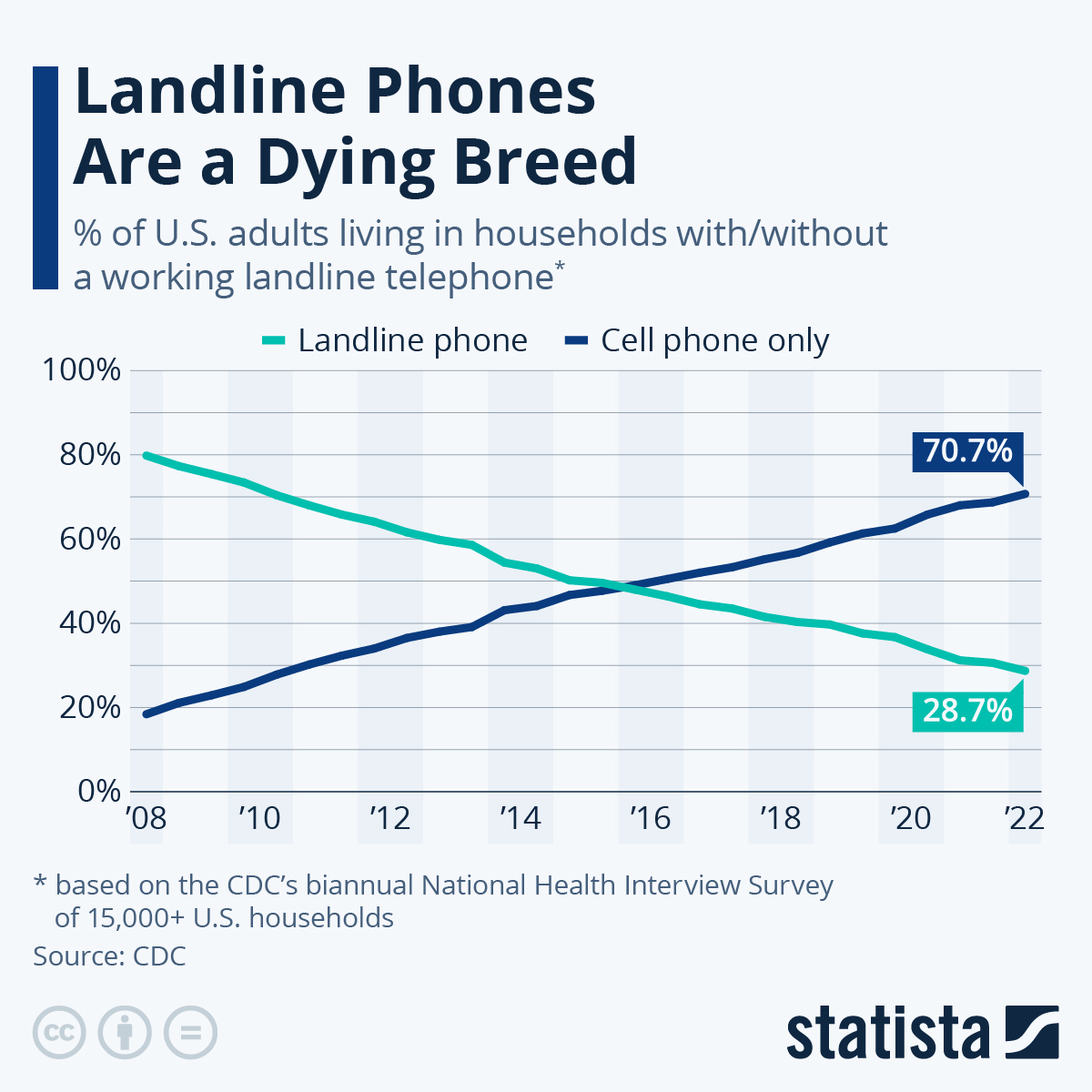 I haven’t had a landline phone in four or five years. It didn’t make sense to pay for two phones when I receive few phone calls. Of course, I get heavy usage out of my smartphone as a data device.

As for landline phones’ future, they’ll remain a staple in offices everywhere. For now, they’re more convenient and cheaper than supplying office desks with smartphones. Cable companies also now offer VOIP phone service as part of “triple play” packages (along with cable TV and broadband). This has had some success.