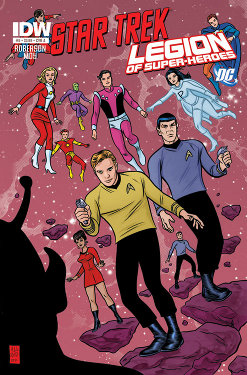 The fifth issue of this six-issue miniseries is in, with this one being more exposition heavy than the others, including the reveal of who and what’s behind all of this. (Yep, SPOILERS ahead.)

While Vandal in the present reveals how he conquered history (and Savage and Flint’s backstories are revealed to both the Enterprise and Legion characters), the crew trapped in the past by the cavemen (led by you-know-who) wind up being freed by the being whose powers are responsible for all of this: the held-prisoner form of Q (of “The Next Generation” and latter spinoff fame).

My favorite aspects of this story were the incidental ones:

What I didn’t like was seeing that Q was the one partially responsible for all of this. I suppose this means the obligatory “preserve the timeline” memory-wipe of the characters is coming, disappointingly. I never liked Q much at all; I was hoping it’d be Mr. Mxyzptlk (whose descendant appeared in one or two Silver Age Legion stories), or even the Squire of Gothos, who’d actually fit into the Original Series Trek crew’s setting better than Q does.

Not relevant to the story I suppose, but I also noticed a few spelling/grammar errors, including one in Q’s dialogue.

Next issue wraps up this whole storyline. 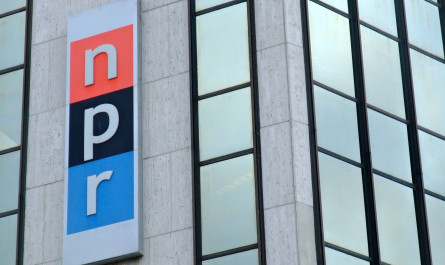