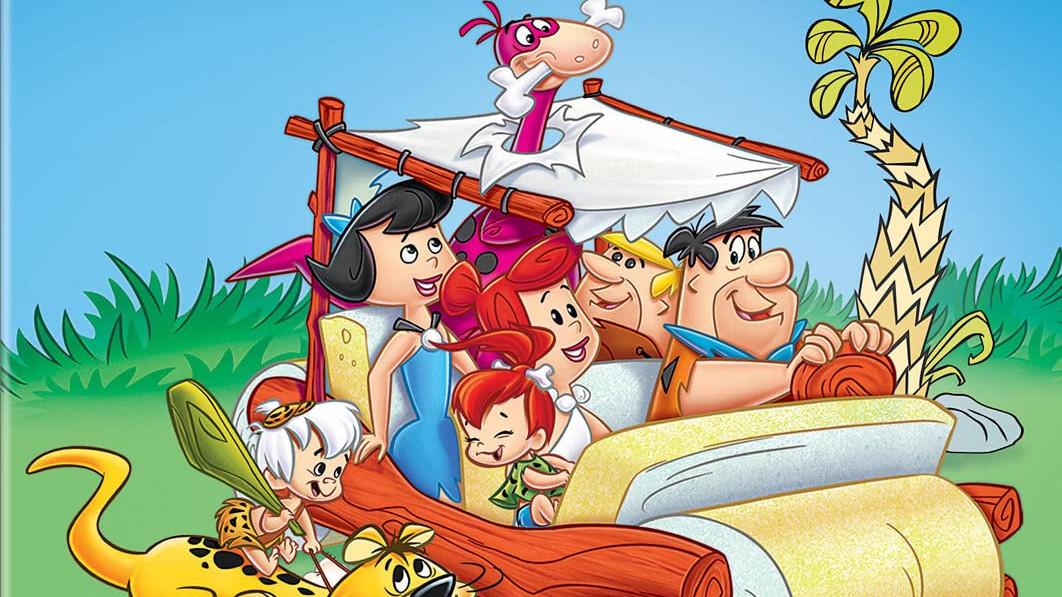 I wrote last year about what cartoons should’ve entered public domain in 2016. I also explained the various reasons why this isn’t the case; to quote part of my own post:

If we’d still had the above copyright terms, we’d see media created in 1960 entering the public domain as of January 1, 2017. Instead, the copyright extensions in the 70s and 90s retroactively extended everything copyrighted between 1923 and 1977 to a 95-year term. Thus, the earliest date for anything new entering public domain is in 2019.

Below’s a list of comics and animated material that would’ve entered public domain as of now.

Wikipedia has a list of noteworthy animated cartoons in 1960.

The famous Hanna-Barbera series debuted on ABC in 1960.

The first season featured Fred, Barney, Betty, and Wilma. Their offspring, Pebbles and Bamm-Bamm, didn’t appear until later in the show’s run. Thus, they wouldn’t go into the public domain until a few years later. The same goes for the famous “Meet the Flintstones” theme song; the first few seasons had a different opening.

King Leonardo and His Short Subjects (aka The King and Odie)

“King Leonardo” was Total Television’s first TV show. Their most famous production was “Underdog.” Characters include:

A 15-minute syndicated version, “The King and Odie,” was also released.

A superhero series that aired in syndication. Created by Bob Kane (credited “creator” of Batman, though Bill Finger did the bulk of the work), it starred a cat and mouse crimefighting duo, similar to Batman and Robin.

The above makes for quite a long and famous list of material. But of course, nobody but Time Warner’s legally allowed to write and profit from a story about 20th century-style cavemen named Fred and Barney. That, or a team of superheroes named the “JLA” featuring Superman, Batman, and Wonder Woman. At least, not until 2056, when under current laws, all of the above will enter public domain. Assuming that there isn’t another copyright extension in the meantime.

Image from “The Flintstones.” (Warner Bros.)