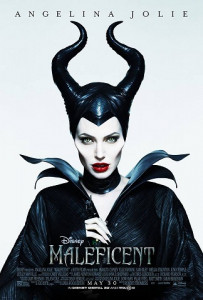 “Maleficent,” Disney’s newest live-action version of one of its fairy-tale films, is this weekend’s box office champ, earning $70 million. Despite concerns it might not match previous similar films like “Oz the Great and Powerful,” it’s apparent audiences were interested. Most of the naysayers didn’t seem to account for this being Angelina Jolie’s first film in quite awhile, and this would prove she’s still a draw. The film also earned $100.6 million overseas, giving it a global take so far of $170.6 million. No indication on Box Office Mojo what “Maleficent”‘s production budget is, but I imagine it’ll be profitable for Disney.

Meanwhile, “X-Men: Days of Future Past” fell a spot to take second place, earning $32.6 million, for a total of $162.1 million domestically and $338.1 million internationally, for a global total of $500.2 million. Definitely a success for Fox/the mutants.

Finally, I notice Seth MacFarlane’s film “A Million Ways to Die in the West” died at the box office. Box Office Mojo says it opened even lower than flops like “Year One,” “Land of the Lost,” and “The Internship.”