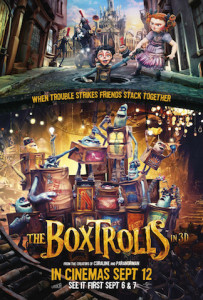 This weekend’s box office was topped by the new Denzel Washington movie “The Equalizer” (based on the old TV show), earning $35 million. The film’s already earned $17.8 million overseas. Denzel’s a strong box office draw, of course.

Opening in third place is the stop-motion animated film “The Boxtrolls.” The film got a bit of attention in its early trailers for briefly depicting a pair of same-sex parents. Unfortunately, these days any animation that’s not in CGI isn’t a huge money-maker, as the film opened in third place, earning $17.3 million. However, it’s an improvement on the studio’s previous films’ openings (“Coraline,” “Paranorman”), so met with expectations. Its international total stands at $17.7 million, for a global total of about $35 million. While Box Office Mojo doesn’t list what its budget was, “Paranorman” (which also had a gay character) was made on a $60 million budget.

In eighth place is “Guardians of the Galaxy,” which earned another $1.5 million (-27.7%). Its totals now stand at $319.2 million domestic, $325.1 million overseas, and $644.3 million globally. It’s finally surpassed the original “Iron Man” to become the third-highest earning Marvel Cinematic Universe movie (behind “The Avengers” and “Iron Man 3”), not adjusting for inflation. Adjusted for inflation, “Guardians” is in fifth place, behind “Avengers” and the “Iron Man” trilogy.

Finally, in tenth place is “Teenage Mutant Ninja Turtles,” which made $1.5 million (-45.3%). TMNT’s totals stand at $187.2 million domestic, $154.9 million overseas, and $342.1 million globally. I guess it’s a testimony to Michael Bay (and extremely loyal TMNT fans) that this film’s managed to stay in the top 10 box office this long, despite being widely panned by critics (19% Rotten Tomatoes rating), plus the CGI Turtles looking hideous.

Next weekend’s the first weekend of October, which brings the usual horror films. Opening films include horror film “Annabelle,” drama “Gone Girl,” and “Left Behind,” based on the series of religious books. 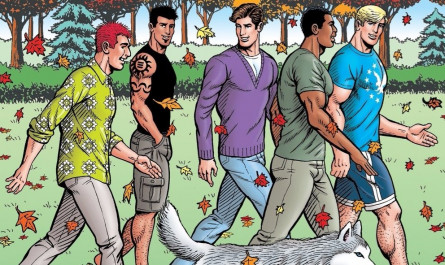