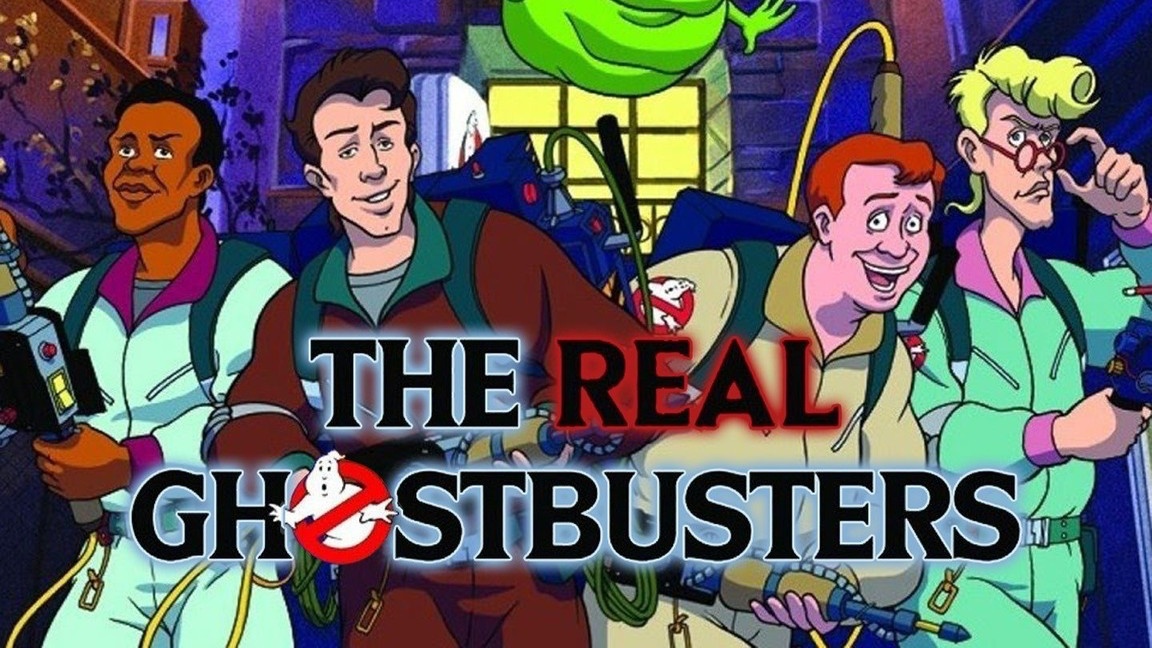 Today I look at “The Real Ghostbusters.” The animated series is based on the popular 1984 movie “Ghostbusters.” It ran on ABC from 1986 to 1991, as well as in first-run syndication, for a total of seven seasons and 140 episodes.

The series continues the adventures of the quartet of ghost-catching heroes (Egon, Ray, Peter, and Winston) from the original film. While most episodes center around ghosts, the series does try to mix up the types of spirits featured; one episode features a banshee (from Irish folklore). Another episode features a conflict between vampires and werewolves, despite neither being ghosts.

The early writing of the series was fairly strong for its time, which aided in the show’s success. J. Michael Straczynski of “Babylon 5” fame served as a writer and story editor.

Being a TV series allowed room to give more of a backstory for each character, especially Winston. Unlike the movies, the TV show features Winston prominently in promotional materials, as well as making Winston the focus of several episodes. For Winston, we learn: Winston’s father works as a construction foreman; Winston enjoys reading mystery novels; and Winston’s the reincarnation/descendant of an ancient African sorcerer.

As the series wore on, an increasing emphasis was placed on the Ghostbusters’ mascot, Slimer. Starting in the fourth season, the series was renamed “Slimer! and the Real Ghostbusters.” Slimer was soon given his own spin-off series of shorts (that aired within the now-hour-long main show), done in a slapstick, cartoony style.

Major changes were also made to Janine, the Ghostbusters’ secretary. After the first few seasons, Janine was given a major visual and vocal makeover, losing her nasally New Yorker accent (with a change in voice actors, from Laura Summer to Kath Soucie). Overall, Janine ended up much less like her live-action movie counterpart. Wikipedia says this came at the behest of a consulting firm ABC hired to make the show more appealing to kids. From what I can tell, Ghostbusters fans online seem to feel strongly otherwise.

In 1997, “The Real Ghostbusters” saw a short-lived revival/spin-off series. “Extreme Ghostbusters” ran for 40 episodes in syndication, serving as a “next generation”-style show.

In this series, the original Ghostbusters have all disbanded (running out of ghosts to bust), and gone their separate ways. When New York’s threatened by a new batch of spirits, Egon (now a college professor) assembles a new group of Ghostbusters from the few students in his class: Kylie, Eduardo, Roland, and Garrett, all being loose analogs personality-wise of Egon, Peter, Winston, and Ray respectively. That said, the “next generation” has differences from the original Ghostbusters in terms of demographics: half the team is non-white (Eduardo is Latino, Roland is African American); Kylie is a woman; and Garrett uses a wheelchair.

Also returning for this series are Janine, as the new crew’s secretary, and Slimer, who’s pretty much unchanged.

The series finale sees Winston, Ray, and Peter return for a reunion/team-up between the old and new Ghostbuster crews.

“The Real Ghostbusters” has had various DVD releases and box sets; an earlier set by Time-Life included the entire run, but is out of print. A 2017 box set released by Sony only includes 80% of the show’s run. Meanwhile, “Extreme Ghostbusters” only had DVD releases outside of North America.

For streaming services (as of this writing), the entire run of “The Real Ghostbusters” (minus the “Slimer” shorts?) is available on Amazon Prime Video. As for “Extreme Ghostbusters,” Crackle carries most (but not all) of the show’s run. The official YouTube “Ghostbusters” channel also carries a handful of episodes of “Real” and “Extreme.”

Here’s the opening credits from after the show’s title change, putting more emphasis on Slimer. The extra characters (the mad scientist, alley cat, doorman, and chef) are all from Slimer’s shorts.

Image from “The Real Ghostbusters.” (Sony)