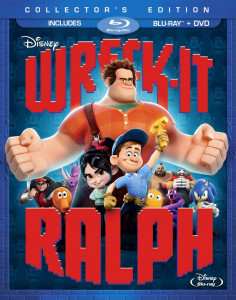 Lately, I’ve been considering going to high definition for future movie and TV show purchases. Between the direction things are moving, my owning an HDTV set, and that the HD version of “Wreck-It Ralph” I’ve seen looks a lot better than my DVD version does, I figure it’s time to make the move.

But what kind of HD videos? The current choices are Blu-ray and the various digital media stores, the latter dominated by iTunes, Amazon, and Google Play. I’ve written about Blu-ray in the past, and why I’ve mostly ignored it until now, given my dislike of its downsides: it’s another rapidly-spinning-disc media format (when I feel the future for video is in digital files, just as we’ve seen in the shift from CDs in music); it’s laden with more annoying DRM than DVDs ever had (a major reason Blu-ray was likely created in the first place); its attempts to make DVDs obsolete feels rather aggressive, despite that it’s only been about a decade since DVDs largely displaced VHS; and they still have the nerve to charge more for high definition over standard definition, despite no clear reason for the extra cost at this point other than a cash grab.

Still, when I went to compare Blu-ray to the digital video services of iTunes, Amazon, and Google Play, I concluded that ultimately, Blu-ray has the advantage over those stores, despite its flaws. The biggest problem of the stores is that they’re designed and geared toward working with their parent companies’ own device ecosystems, with cross-platform compatibility often iffy to nonexistent. Even DRMed ebooks aren’t as bad as the current state of digital video—at least Comixology allows one to read their books in a web browser, Android tablet or iPad.

Meanwhile, since its earlier days, Blu-ray’s DRM aspects have been sidestepped or defeated, and they’ve become easier to rip: the program MakeMKV is a popular means of ripping BR discs to an MKV file, and can be followed up by the use of programs like Handbrake or MP4tools to convert the MKV file to a smaller/more device-friendly file size and format. Said files would also be DRM-free, allowing one to put them on any device, unencumbered by one daring to actually buy a device based on desired features, not by whether they’re tied to a specific company/operating system. There’s also being able to back up the files to a hard drive, as well as still owning the original disc.

In my case, I have a mix of devices: a 2012 Mac Mini; an Xbox 360; a Nexus 4 smartphone; and a first-generation Nexus 7 tablet. This CNET article has a table summarizing which service is compatible with which device (updated 3/20/14: the article dates from over a year ago at this point; there’s been a few changes since it was written, but it’s still useful):

As for my own devices, I’ve summarized their media store compatibility below (updated 3/20/14):

As you can see, Amazon’s determined to push the Kindle, and thus won’t make their service available for straight Android devices; Google’s focused on Android, and thus their non-Android services are mediocre; and Apple’s definitely not offering much for non-iOS/OS X devices. The Xbox has support for its own services, Amazon and (technically) Google Play (via the YouTube app).

Since I don’t feel one should be punished for daring to buy tablets/smartphones/computers from a mix of operating systems/manufacturers, converting Blu-ray video to digital files seems the best course to take. At least until DRM is (hopefully) finally killed off for videos sold through iTunes, etc., though given VHS/DVD’s history (Macrovision, etc.), it’s debatable if or when that day will arrive.

Finally, yes, technically there’s also pirating videos from torrents, etc., which would have all of the same advantages as ripping Blu-rays/DVDs save the obvious one: no compensation for those that created the movies/TV shows. There’s also piracy’s other downsides (MPAA lawsuit threats, hit-and-miss availability of certain things, sketchy websites, etc.).