Since debuting in mid-February, “Black Panther” has become a significant success for Marvel/Disney. T’Challa, Wakanda, and the film’s Afrofuturism influenced take on superheroics have shown that the movie-going public does like watching Black superheroes as lead characters.

Or at least, it’s a reminder of such, as “Black Panther” isn’t the first superhero film starring a Black hero. But it is the most successful one to date.

“Black Panther” is now the most popular such film, eclipsing the former record-holder, the Will Smith-starring “Hancock.” It’s also the only film on the list to date from this decade; the others were made in the 90s and 00s.

T’Challa is also a more heroic example to top the list than the previous entry. “Hancock” was a deconstructionist take on superheroes, with Smith’s character a reckless superpowered anti-hero.

“Black Panther” is also (as of this writing) the fifth highest domestic grossing superhero film of all time, not adjusting for inflation.

Here’s the films ranked by their Rotten Tomatoes ratings.

I’ve also ranked the films by their Metacritic ratings. Numbers in green are “recommended,” numbers in gold “mixed,” and numbers in red “avoid.”

“Black Panther” is easily the most popular Black superhero film among critics. The first two Blade films and “Hancock” seem to be deemed mediocre at best. (I don’t pay attention to the audience ratings on either service, as there’s too many trolls and racists trying to game those numbers.)

T’Challa and the other Wakandans broke a lot of box office records. Below is an infographic showing “Black Panther”‘s rank among the top 10 opening weekends of all time (not adjusted for inflation). 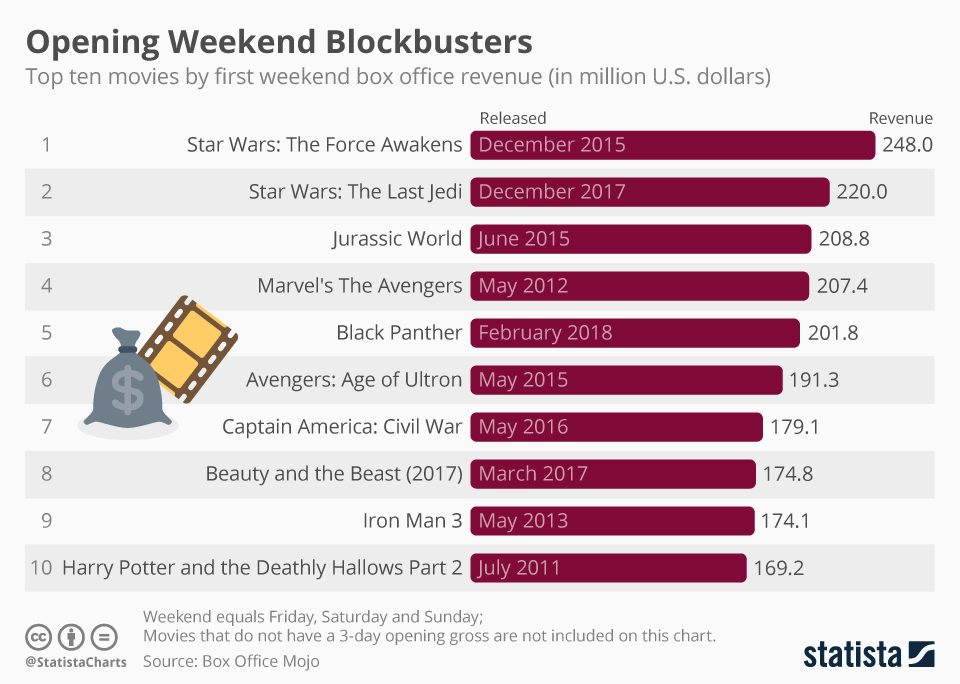 It’s pretty inevitable at this point that there’ll be a “Black Panther 2.”

But what’s debatable is when we’ll get more films starring other Black superheroes. Or, for that matter, superhero films with African-American creators behind the camera.