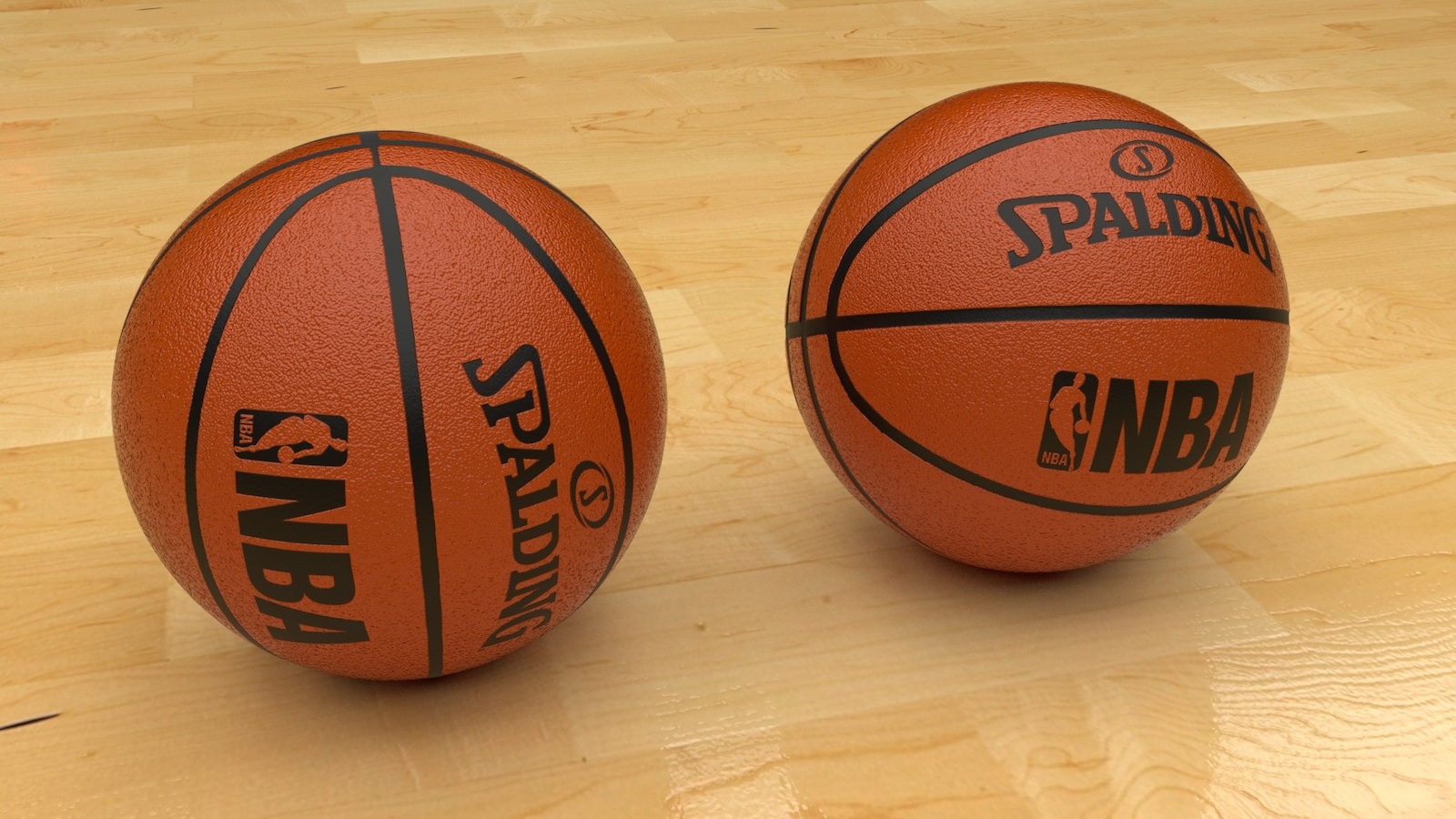 Basketball is one of North America’s most popular sports. Like baseball, football, hockey, and soccer, basketball’s popularity is also reflected in media, including comics and animation. Below is a look at some noteworthy mentions of basketball in cartoons.

Similar to the other major sports, the DC Universe has its own fictional in-universe pro basketball teams. Below’s a list of professional teams mentioned in stories over the decades, as well as the 1990 “Atlas of the DC Universe.” I’m ignoring non-canonical comics (Elseworlds, etc.), as well as non-comics media such as TV shows or movies.

The third season episode “Odd Ball” sees Timmy join the cellar-dwelling, egotistical, and extremely unpopular Dimmsdale Ballhogs basketball team as a water boy. Timmy does this to earn money for a broken video game system when he’s unable to wish for a replacement. It’s not long before Timmy learns the team’s threatened by a move to Alaska if they don’t improve. Thus, Timmy wishes he was a “freakishly tall” and talented basketball player, and proceeds to help teach the Ballhogs players how to cooperate and win. (“Da Rules” forbid Timmy from winning directly using magic.)

The episode features a parody of the Harlem Globetrotters (the “Pittsburgh Earthtrotters”; in real life, Pittsburgh doesn’t have an NBA team) and their famous “Sweet Georgia Brown” theme song. The Ballhogs also play against the “45ers,” a play on the Philadelphia 76ers.

The 1989 second season episode “Basket Brawl” features a basketball-like game played in the Arbuckle household’s living room, using picnic food as “balls” and a picnic basket as a “basket.” Basically, Jon wants to go on a picnic, but Garfield (as usual) keeps devouring all the food before they can leave the house. The “game” sees Odie and Nermal playing as a team (with Jon as their “coach”) against Garfield, with two mice as TV sports anchors. One of the mice is voiced by the late longtime Lakers announcer Chick Hearn.

It’s a funny episode, with Garfield himself stating “this is probably the dumbest episode we’ve done all season.”

The 1946 Goofy animated short “Double Dribble” is one of the various Goofy shorts offering a wacky take on a popular sport. Similar to the other Goofy classic “Hockey Homicide,” this one involves a game between two teams of Goofy-like athletes that quickly goes south.

The Harlem Globetrotters basketball team had their first animated appearance in a self-titled Saturday morning series that debuted on CBS in 1970. This makes the Globetrotters the first American animated TV series primarily starring an African American cast.

The series, produced by Hanna-Barbera, saw the Globetrotters travel the world and use their basketball skills against various villains. The show aired over two seasons, totaling 22 episodes. After the show’s cancellation, the Globetrotters next starred in three episodes of “The New Scooby-Doo Movies.”

The Globetrotters gained a new animated series in 1979. “The Super Globetrotters” featured the team as a group of superheroes; several of the members possessed powers/costumes resembling the stars of the mid-60s Hanna-Barbera series “The Impossibles.” The cast of this series differed from the first cartoon, reflecting the real-world Globetrotters roster changes. The show lasted for one season.

On “The Simpsons,” the Globetrotters briefly appear in the sixth season episode “Homie the Clown.” Krusty’s shown betting the money he made off of his clown school against the Harlem Globetrotters. Cue the great lines “I thought the Generals were due!” (referring to the Washington Generals, the Globetrotters’ longtime opponents) and “That game was fixed! They were using a freakin’ ladder for God’s sakes!”

On “Futurama,” the third season episode “Time Keeps on Slippin’” portrays the Globetrotters as genius basketball-playing beings from another planet.

“Mosaic” ran for eight issues. Other than the series, the Stride have only been mentioned once elsewhere, in a  2018 issue of “Amazing Spider-Man.” Otherwise, unless trademarks are an issue, I assume Marvel will just stick with referencing the the Knicks or Nets.

“ProStars” is a short-lived Saturday morning cartoon that aired on NBC from 1991 to 1992. It features animated versions of Michael Jordan, hockey’s Wayne Gretzky, and Bo Jackson (then of baseball and football fame, as well as a series of ads) forming a quasi-Justice League of Athletes (a “JLA”?). The ProStars would use a mix of their athletic skills and high-tech gear to fight crime against various villains.

“ProStars” only had a single-disc DVD released in 2003 (and re-released in 2007), with just several episodes; it’s now long out-of-print. Otherwise, the show’s unavailable on modern home video, barring someone uploading episodes to YouTube.

After appearing in a series of Nike shoe ads with Bugs Bunny, Michael Jordan went on to star in the 1996 film “Space Jam,” a film with an admittedly bizarre premise. The Looney Tunes need Jordan’s help to win a basketball game to avoid being enslaved by space aliens running a theme park. Hijinks ensue.

The film had a few other noteworthy aspects. “Space Jam” introduced Lola Bunny to Looney Tunes canon, with Lola appearing (in several forms) in spin-offs to this day. The film’s soundtrack is also a 90s music classic (ignoring the now-unfortunate presence of an R. Kelly song). Finally, a sequel debuted in 2021; “Space Jam: A New Legacy” starred LeBron James.

“Space Jam” is available on DVD and Blu-ray. It’s also available for streaming (as of this writing) on Netflix and HBO Max.

The “Static Shock” episode “Hoop Squad” sees Virgil and Richie win a trip to Los Angeles to watch a basketball game. However, once there, they end up suiting up as Static and Gear to investigate an attack by nanites. Working alongside our heroes are several basketball players who, via superpower-granting suits, form the “Hoop Squad” team. Members of the Hoop Squad included Karl Malone (as “Pulverizer”), Tracy McGrady (as “Spin Drive”), Yao Ming (as “Center Force”), and Steve Nash (as “Point Man”).

IMDB reports only Malone voiced his animated counterpart for this episode, despite using the NBA players’ likenesses.

Another episode, “Static Shaq,” features a crossover with Shaquille O’Neal (voiced by Shaq himself). Shaq teams up with Static to take down a superpowered gang in Dakota.

The entire series is available on DVD. It’s also available for streaming on HBO Max.

Image by Olivier Girard from Pixabay