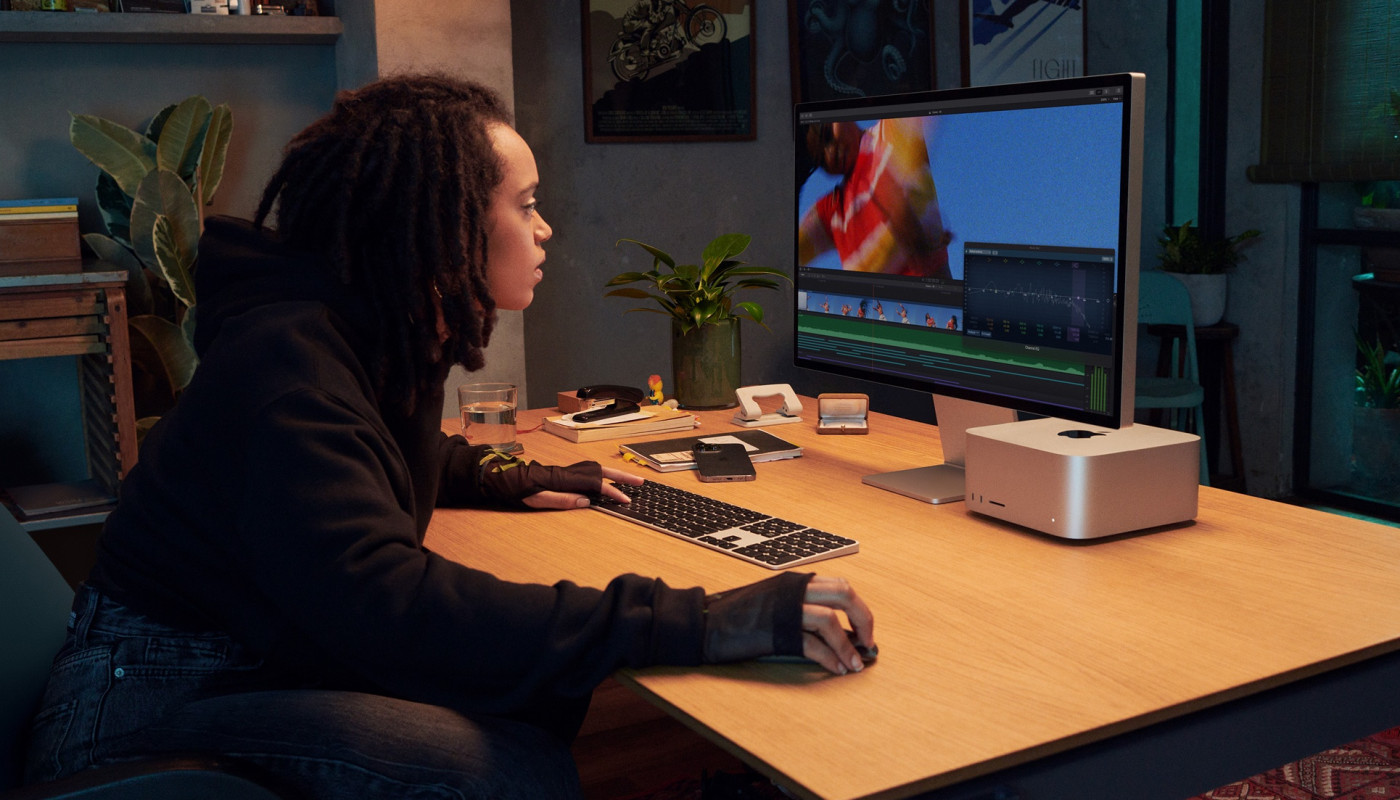 On Tuesday, Apple announced at its “Peek Performance” event its newest line of hardware. Among the news announced:

I’ll mainly discuss the Studio and Apple TV+ baseball news. They’re the two biggest announcements, plus everything else is mostly incremental upgrades.

The Mac Studio marks the first new desktop computer Apple’s launched since (as far as I can tell) the Mac Pro in 2006. That said, its appearance reminded many people online of a few other models, such as the G4 Cube from the early aughts. At first, it reminded me of a few 90s-era desktop Macs. However, upon further thought, it looks more like the first generation Mini, which also had a “thicker” appearance versus today’s Mini.

What sets the Studio apart is its given specs, as partially shown in this infographic:

From the specs, it sounds like quite an impressive machine. It comes with: the M1 Max or Ultra processor; at least 32GB of RAM (and a less-impressive 512GB SSD); four Thunderbolt 4 and two USB 3 ports in the back; and two Thunderbolt 4 ports in the front, along with an SD card slot.

Prices for the Studio start at $1999 (for the M1 Max model) or $3999 (for the M1 Ultra model). While more than most other Mac models, it’s still way less than the $6000(!) starting price for the Mac Pro. Like the Mini, the monitor, keyboard, and mouse are sold separately (or user-supplied).

This sounds like it’ll be an impressive machine for whoever needs such horsepower. That said, my one criticism is the presumed lack of user upgradeability, if it’s like recent Mini models. Recent Minis’ RAM is soldered to the motherboard, making post-purchase upgrades impossible. Still, I’d upgrade the SSD to at least 1TB, either through Apple or via an external drive.

Rumors have been flying about Apple TV+ streaming professional sports. As it turns out, the home of “Ted Lasso” and “Peanuts” will stream sports after all… however, not football (as expected), but baseball.

Starting this season, Apple TV+ will carry two baseball games under the “Friday Night Baseball” banner, along with pregame and postgame analysis programming. There’ll also be a 24-hour livestream of game highlights, as well as an on-demand analysis show.

“Friday Night Baseball” sounds like a nice benefit for baseball fans who’re already subscribed to Apple TV+. For those that don’t have Apple TV+, it’s admittedly one extra streaming service to add. Hardcore baseball fans that want every game will need, along with Apple TV+, MLB.TV and a cable TV or live TV streaming subscription (for local team coverage via a regional sports network).

A look at cross-platform Evernote alternatives

Facebook’s “pivot to video” push is a bust… and now, the subject of a lawsuit