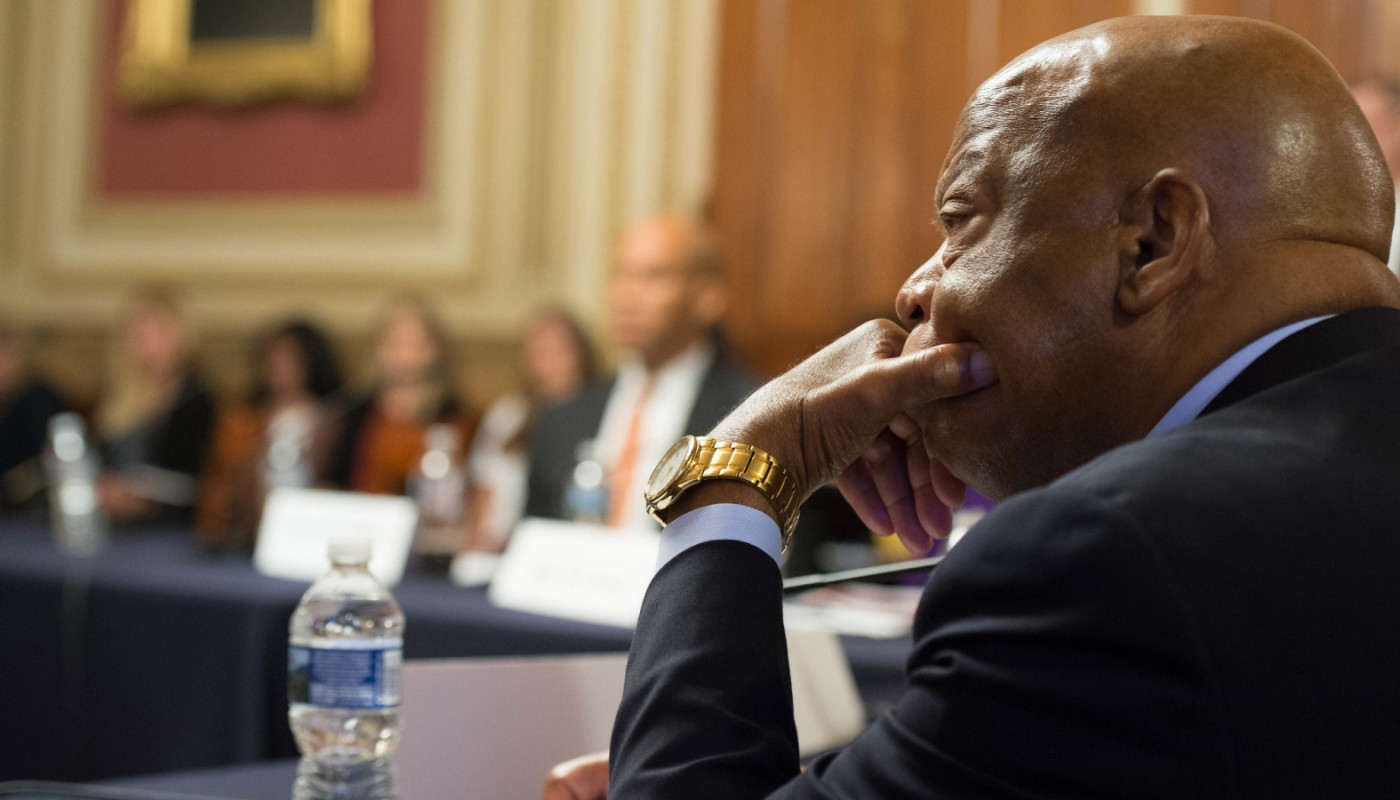 Longtime Congress member and civil rights activist John Lewis passed away earlier this month at the age of 80. Lewis was one of the most prominent figures in the civil rights movement of the 1950s and 60s, and later became a US Representative for Georgia.
John Lewis also kept a strong presence in the media, as the Los Angeles Times notes. Besides appearances on various talk shows, Lewis also made a few prominent appearances in animation and comics.

In 2013, Lewis became the first sitting member of Congress to publish a graphic novel with the release of “March (Book One)”, an autobiography about his civil rights movement participation. “March” was cowritten by Andrew Aydin, with art by Nate Powell.

“March” was well received, and saw two follow-up volumes published in 2015 (“Book Two”) and 2016 (“Book Three”). Book Two in particular won an Eisner Award, and Book One has made its way to various educational reading lists. Book Three has also won awards, including the National Book Award. Here’s a video of Lewis, Aydin, and Powell accepting the award:

One person who wasn’t a fan of Lewis, Donald Trump, ended up helping boost sales of “March.” After Lewis criticized Trump, the Donald took to Twitter to make a barrage of insults about Lewis. These apparently ended up drawing attention to “March,” causing its Amazon sales to skyrocket.

John Lewis also made an appearance in animation, specifically the long-running PBS show “Arthur.” In the 2018 episode “Arthur Takes a Stand,” Arthur launches a protest when he learns his school’s lunchlady, Mrs. MacGrady, is severely understaffed, yet forced to take on more duties. John Lewis (animated as an anthropomorphic bear) appears as a guest speaker at a school function, but he’s also apparently an old friend of the lunch lady. Apparently Mrs. MacGrady also was at the 1963 March on Washington (which puts her age in her 70s at minimum).

Lewis has had several documentaries made about his life. One is PBS’ 2017 special “John Lewis: Get in the Way.” (It’s available to stream for free on PBS’ website.) Another is 2020’s “John Lewis: Good Trouble,” produced by CNN.

Photo by Senate Democrats (Flickr / CC BY / cropped from original)