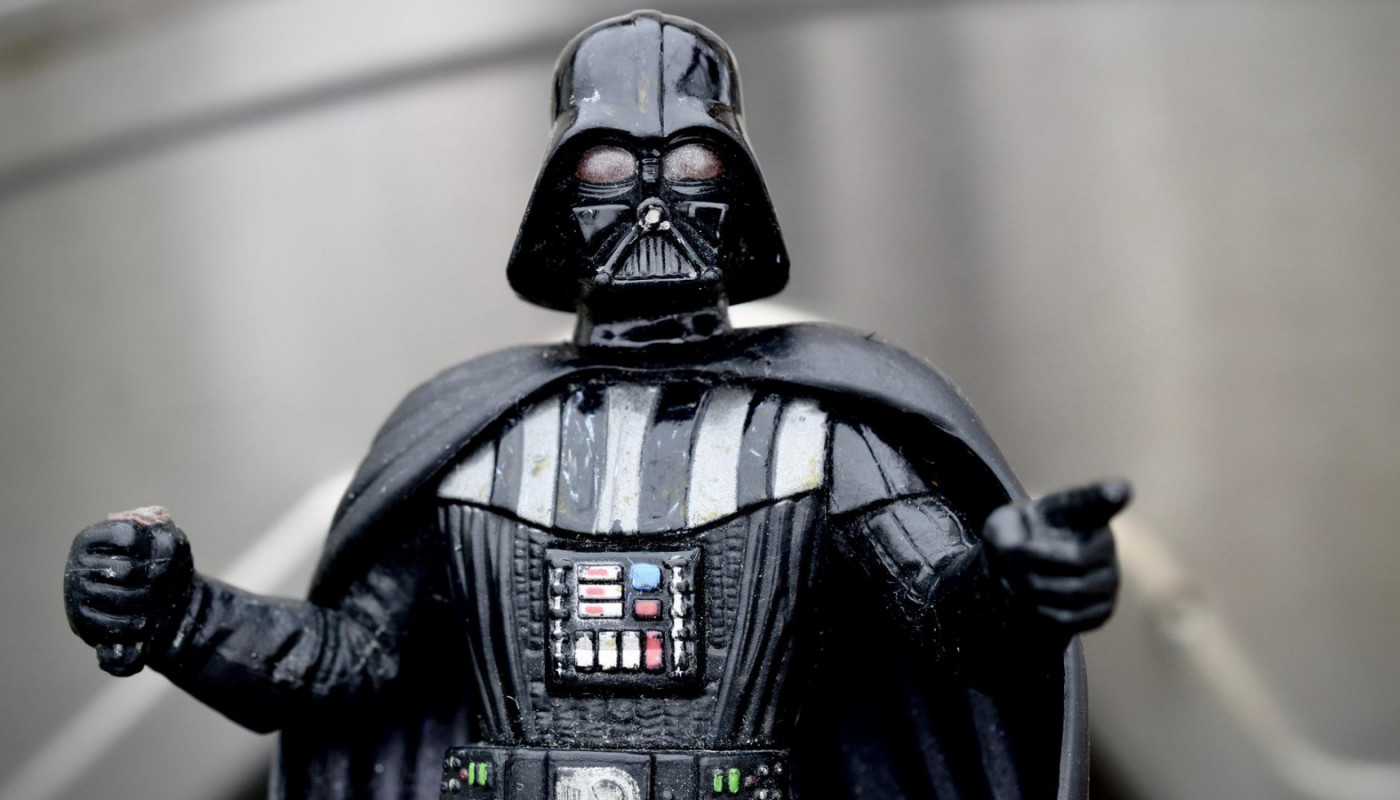 Since its 1977 debut, “Star Wars” has been referenced and parodied plenty of times in cartoons. Below is a list of a half-dozen cartoons referencing the classic film series.

I noticed the original films are the usual reference points in cartoons. Aside from “FoxTrot,” there’s not many that reference the prequels, or the current series of Disney-made films.

“Yogi’s Space Race” is yet another 70s-era anthology/package show. Debuting in 1978, it was an early cash-in on “Star Wars,” as the show’s logo suggests. Never mind it didn’t really have anything to do with the premise of George Lucas’ then-brand-new franchise.

The show involved Yogi Bear, Huckleberry Hound, Jabberjaw, and several new characters racing each other in spaceships, a la “Wacky Races.” The show’s segments include:

Most of the above characters were also the racing contestants in “Yogi’s Space Race.” Said races also featured a villainous character, the Phantom Phink, who posed as a “good” character, “Captain Good.” Unlike “Wacky Races,” the villains occasionally won the Space Race. Unfortunately for all of the contestants, the prizes awarded always turned out to be awful.

Oddly, Boo-Boo wasn’t used in this series (see the aforementioned Scare Bear). I’m not sure why.

Below is the opening for “Yogi’s Space Race.” Note one scene with a cantina-like alien band.

Nickelodeon’s “Fairly OddParents” has featured plenty of “Star Wars” references. However, the main one might be “Dark Laser,” a Darth Vader-esque villain from the series’ “Star Wars” stand-in. Dark Laser’s origin stems from Timmy bringing a toy version of him to life via magic.

While defeated by the episode’s end, Dark Laser proceeded to make appearances in future episodes as an occasional foe.

One of Johnny’s recurring foes is “Dark Vegan,” the ruler of the planet Vegandon. Everyone there’s vegan and the planet’s seemingly utopian… except for maintaining such via draining/conquering other worlds for their resources. Dark Vegan and his teenage daughter ended up moving to Earth, where he enjoys eating toast (which Vegandon doesn’t have).

Despite being a Darth Vader parody, he resembles Dark Helmet from “Spaceballs”; without his helmet on, he’s a less-than-evil-looking man.

The strip’s had some “Star Wars” references. The original 80s run had a “Star Wars” storyline; one strip (accurately) guessed there’d be follow-up films in another 15 years’ time.

The 2015 webcomic revival‘s had the characters play “Star Wars” characters frequently (versus “Star Trek” characters in the original strips).

Jason, of course, is a huge “Star Wars” fan, so there’s been tons of references during the strip’s run.

Despite an early strip claiming Roger had no idea about or interest in “Star Wars,” a 2000s strip reveals that he too was a fan in the 80s, having seen “The Empire Strikes Back.” Jason subsequently screamed in horror at the idea of his father once being into “Star Wars.”

The episode “Boogie Frights” centered around the Boogeyman, a monster dressed in a 70s-era suit. The Boogeyman used a giant mirrored disco ball to block out the sun, so he and his fellow also-70s-style monsters could party in the darkness forever.

The episode ends with the girls flying into space to try to destroy the ball, in a sequence mimicking the climatic scene of the original “Star Wars” film.