Last night was the 2019 Golden Globe Awards, this year’s first major award show. Here’s a look at the animation-related nominees and winners. A full list of winners is available here. 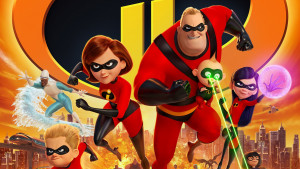 Unlike last year, when “Boss Baby” was a nominee, all the nominated animated films this year were well liked by critics.

I was surprised to see “Spider-Man: Into the Spider-Verse” win this year’s best animated feature. I’d figure it’d go to this year’s Pixar entry, “The Incredibles 2,” by default, as the sequel is something people have wanted for years.

No love for “Black Panther” (for… reasons?)

Meanwhile, “Black Panther” got shut out of the 2019 Golden Globe Awards. This includes its best dramatic picture nomination, where it lost to “Bohemian Rhapsody.” The film about Queen frontman Freddie Mercury faced criticism of how it handled Mercury’s sexuality, plus controversy about its director (Bryan Singer). There’s also the film earning mixed reviews versus its rivals. Here’s Metacritic’s scores for this year’s best dramatic picture nominees:

Literally any other choice would’ve been critically better and/or have fewer problematic elements. But I’m guessing voter demographics/tastes, Queen nostalgia, film campaigning (as pointed out in this “Adam Ruins Everything” video), and the difficulties African-American-starring films already face in Hollywood award shows, won out?

I haven’t watched the other nominated films, but this reminds me of when “Crash” beat “Brokeback Mountain” for a best picture Oscar, despite the former film being awful.