Over the years, we’ve had lots of famous TV cartoons, from “Scooby-Doo” to “The Simpsons.” But which shows were particularly ground-breaking or influential? Below’s a list of 10 made-for-TV cartoons (or programming blocks) I’d say were a huge influence.

“Huckleberry Hound” was the first half-hour-long, made-for-TV cartoon. Hanna-Barbera’s second foray into TV (after “Ruff and Reddy”), this was the show that truly put them on the map. The show also saw its breakout character, Yogi Bear, eventually get his own show and become one of the studio’s biggest stars.

Huck’s show proved that people would watch a half-hour animated program on TV that wasn’t just theatrical shorts; this paved the way for, well, pretty much nearly all animated TV programming to follow. 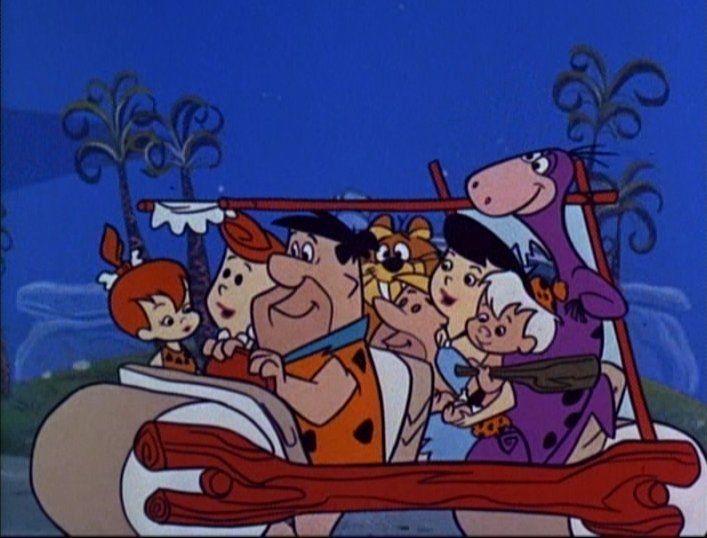 “The Flintstones” ran for six seasons from 1960 to 1966, and was the first half-hour primetime animated sitcom. Its success led to a pile of merchandise (Pebbles cereal, vitamins, etc.), several theatrical movies, and a long list of spin-offs, specials, and revivals.

Fred, Barney, and company proved that viewers would watch a half-hour primetime sitcom that was animated. While “The Jetsons” and a few other short-lived examples came in the 60s, the 90s saw a true revival of the animated sitcom with “The Simpsons.”

Until “Jonny Quest” debuted on ABC in 1964, pretty much all TV cartoons, like most of their theatrical counterparts, were comedic in nature. (The main exceptions would be Disney’s animated features and the Fleischer/Famous Superman shorts.) “Jonny Quest” represented the first major TV effort at a more realistic, dramatic animated series. While the show lasted just a season, it saw a few revivals in the 80s and 90s.

The show also started a shift away from solely slapstick cartoons at Hanna-Barbera; this lead to shows like “Space Ghost,” “The Herculoids,” and “Birdman.”

“Speed Racer” became the most popular early anime series to air in the US. (There were some earlier anime series to air stateside, namely “Gigantor” and “Astro Boy.”) The show debuted in the US in 1967, and cemented a lot of the popular American image of anime for years.

It’s also an example of a non-North American animated series that enjoyed success in the US. That’s also a pretty big achievement given Americans’ viewing tastes. 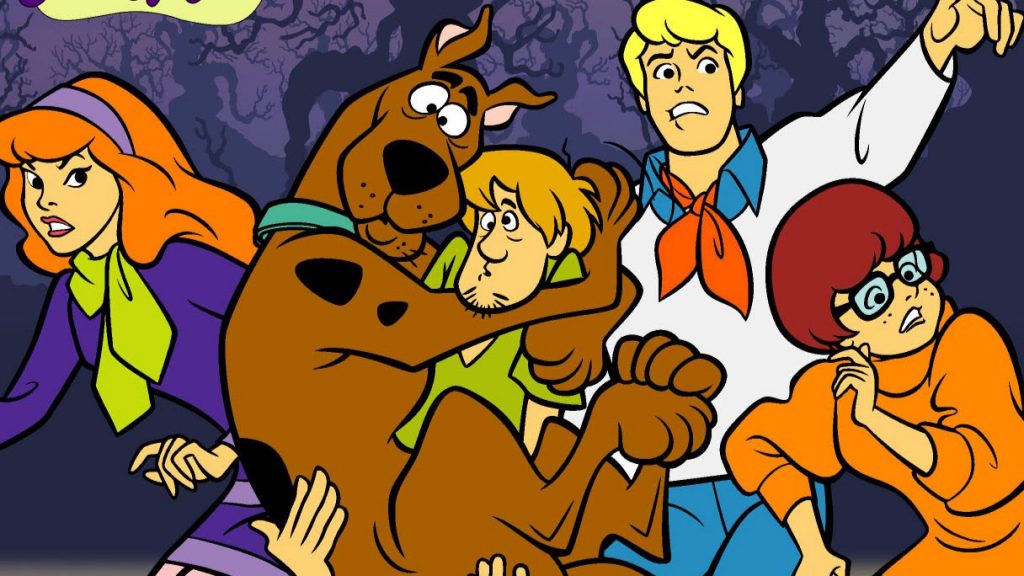 “Scooby-Doo, Where Are You?” debuted in 1969 on CBS. At the time, TV had already started shifting away from the violent superhero programs of a few year earlier. This was probably out of response to parents groups, as well as perhaps changing tastes. In particular, 1968 saw the deaths of Martin Luther King, Robert F. Kennedy, and the peak of the US’ involvement in the Vietnam War. All that might’ve fueled some of the backlash toward subjecting kids to violent programming.

As such, networks offered alternatives to superheroes. Fortunately, the 1968-69 TV season offered some successes, including “Wacky Races” and “The Archie Show.” The 1969-70 TV season saw studios try to come up with more shows along those lines; with “Scooby-Doo,” Hanna-Barbera struck gold. A mix of several factors (mysteries, mild horror, likable characters, etc.) helped make Scooby successful. Scooby soon became one of Hanna-Barbera’s top characters; he’s had tons of spin-offs, movies, and specials all lasting up to this day.

Scooby’s success also saw Hanna-Barbera heavily shift toward a lot of similar series in the 70s. Said shows all featured teenagers/young adults and their wacky sidekick (a ghost, a dog that turned invisible, a caveman, etc.) solving mysteries and/or fighting criminals.

1987 saw the debut of “DuckTales,” a show that I mark as the first prominent modern TV cartoon. Unlike most TV cartoons at the time, it was unique, wasn’t based on a toy/video game/younger versions of adult characters, was well written (helped it was based on Carl Barks’ classic comics), and was well animated. As such, it became a big hit, for good reason.

The success of “DuckTales” led to the syndicated weekday afternoon block known as the Disney Afternoon. It also saw Disney put more effort into TV animation, and other studios to see quality TV animation as viable. 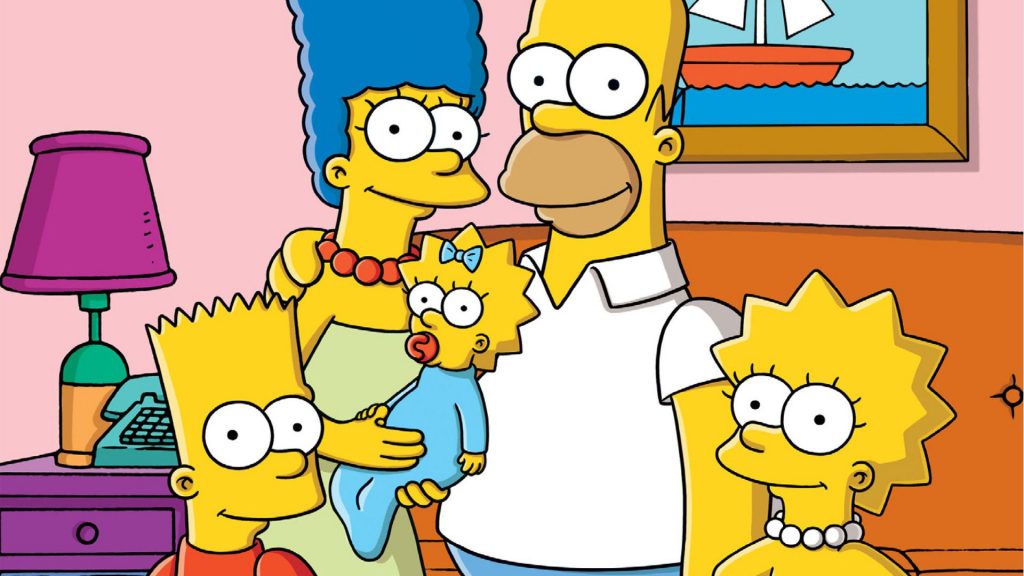 “The Simpsons” debuted as a Christmas episode in 1989, and got a regular half-hour slot the following January. It’s not been off the air since, for better or worse. (I feel it should’ve ended around the turn of the millennium.)

The show not only revived the concept of the animated sitcom, but also showed cartoons could appeal to adults, and carry more adult elements and themes. “The Simpsons” featured cartoon characters drinking, smoking, interested in sex, and cursing—the latter something not widely seen in cartoons up til then. Bart himself was popular in the show’s early days, being belligerent toward authority figures. There was also a lot of satire of American culture.

“South Park” debuted on Comedy Central in 1997, and hasn’t left the air since. While there were earlier adult-oriented cartoons in the 90s (such as “Beavis and Butt-Head”), “South Park” was the most successful.

Like “The Simpsons,” the show poked fun at a lot of American culture. Unlike Bart, Homer, and company, “South Park” airing on cable late-night (and one of the earliest shows to get a TV-MA rating) let it cut loose. The show featured a heavy emphasis on shock humor, heavy cursing and violence (Kenny’s gruesome death in every episode was an early running gag), Cartman’s sociopathic and racist behavior, and so on.

While “The Simpsons” stayed somewhat family friendly, “South Park” showed that cartoons could be solely for adults. (Or an interpretation of “adult,” anyway.)

Adult Swim’s debut in 2001 led to a series of successful shows aimed at young adult viewers, including “Aqua Teen Hunger Force” and “Harvey Birdman.” The block, an extension on late-evening Cartoon Network successes such as “Space Ghost Coast to Coast,” allowed room for Cartoon Network to air more adult programming.

Among Adult Swim programming included adult oriented anime and reruns of Fox animated sitcoms. (The latter led indirectly to the revival of shows like “Family Guy.”) Adult Swim is also known for airing shows that seem bizarre or nonsensical.

In recent years, Adult Swim’s anime programs have been funneled off to another block, Toonami, leaving Adult Swim free for comedies. 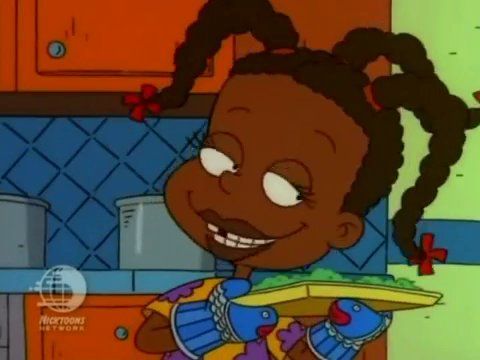 Debuting in 1991 with “Doug,” “Rugrats,” and “Ren and Stimpy,” Nickelodeon’s “NickToons” block of shows represented the first significant effort by a cable channel at producing original animated programming.

Out of the three, “Rugrats” went on to be Nick’s dominant show in the 90s, while “Ren and Stimpy” pushed the envelope at being edgy (while also influencing on animation the use of toilet humor). The idea that cable TV could be home of something besides animated reruns led to other cable channels trying something similar, plus the rise of a whole network, Cartoon Network.

NickToons itself continued to be a popular animated line, with “SpongeBob SquarePants” in the 2000s an even bigger hit than “Rugrats.”