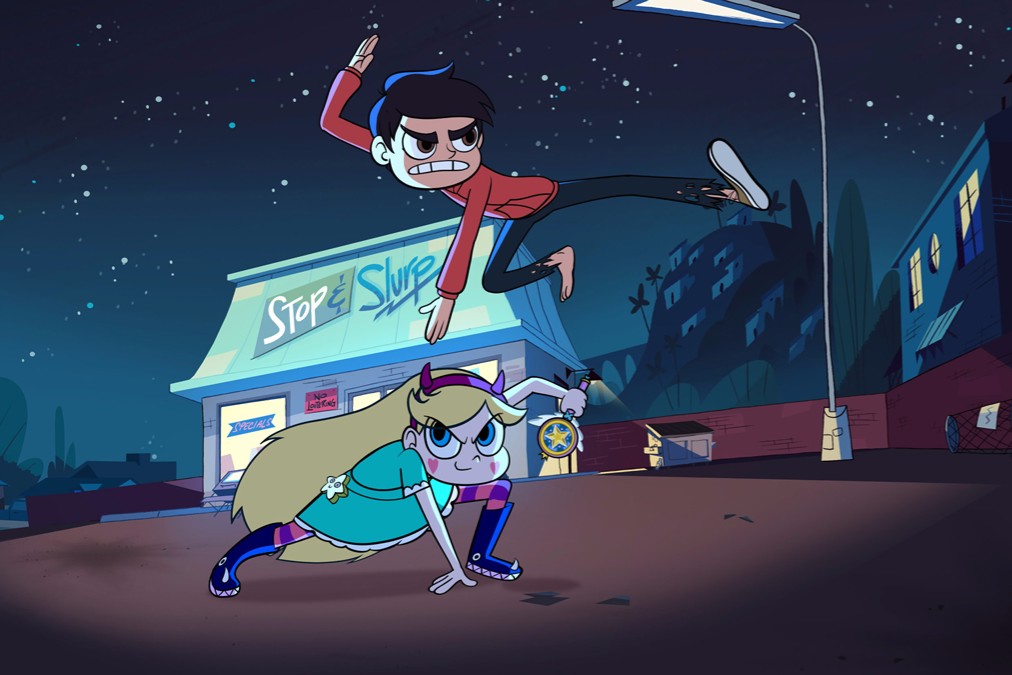 For years, Disney’s been mixed or reluctant on whether to show LGBT individuals in their Disney Channel productions. The live-action Disney Channel sitcom “Good Luck, Charlie” featured a lesbian couple toward the end of that show’s run. However, a few years ago, Disney XD wouldn’t allow “Gravity Falls” to show a same-sex older couple. There’s also been plenty written about “High School Musical” and one of its characters, Ryan.

It looks like the House of Mouse is finally adopting a more open attitude. I’ve written previously about Disney XD’s “Star vs. the Forces of Evil“; it’s about the adventures of Star, a princess from another dimension, and Marco, her best friend on Earth.

The recently aired episode “Just Friends” sees Star, Marco, and another character go see their favorite boy band in concert. At one point in the group’s song, the crowd’s prompted to kiss their partners, including several same-sex couples.

Here’s a clip of the episode itself (aforementioned moment is at 1:30 mark):

It’s a step forward for Disney, even if it’s background characters. Maybe one of those concert-goers will become actual named characters at some future point in the show’s run? “Star vs. the Forces of Evil” still has a long life ahead of it; Disney just renewed it for a fourth season, ahead of the third season’s debut this summer.

On a semi-related note, last week came news that Disney’s live-action “Beauty and the Beast” will also feature a gay character, LeFou. LeFou’s the cartoonish, bumbling henchman to Gaston in the original animated film. Like “Star,” this has attracted the attention of some conservative groups. Russia‘s also noticed the film, and threatened a ban. Not surprising, given Russia’s regressive laws against “promoting homosexuality among minors.”

Image from “Star vs. the Forces of Evil.” (Disney)