Close menu
Home › Diverse Tech Geek blog › How much has the smartphone hurt other devices’ sales? 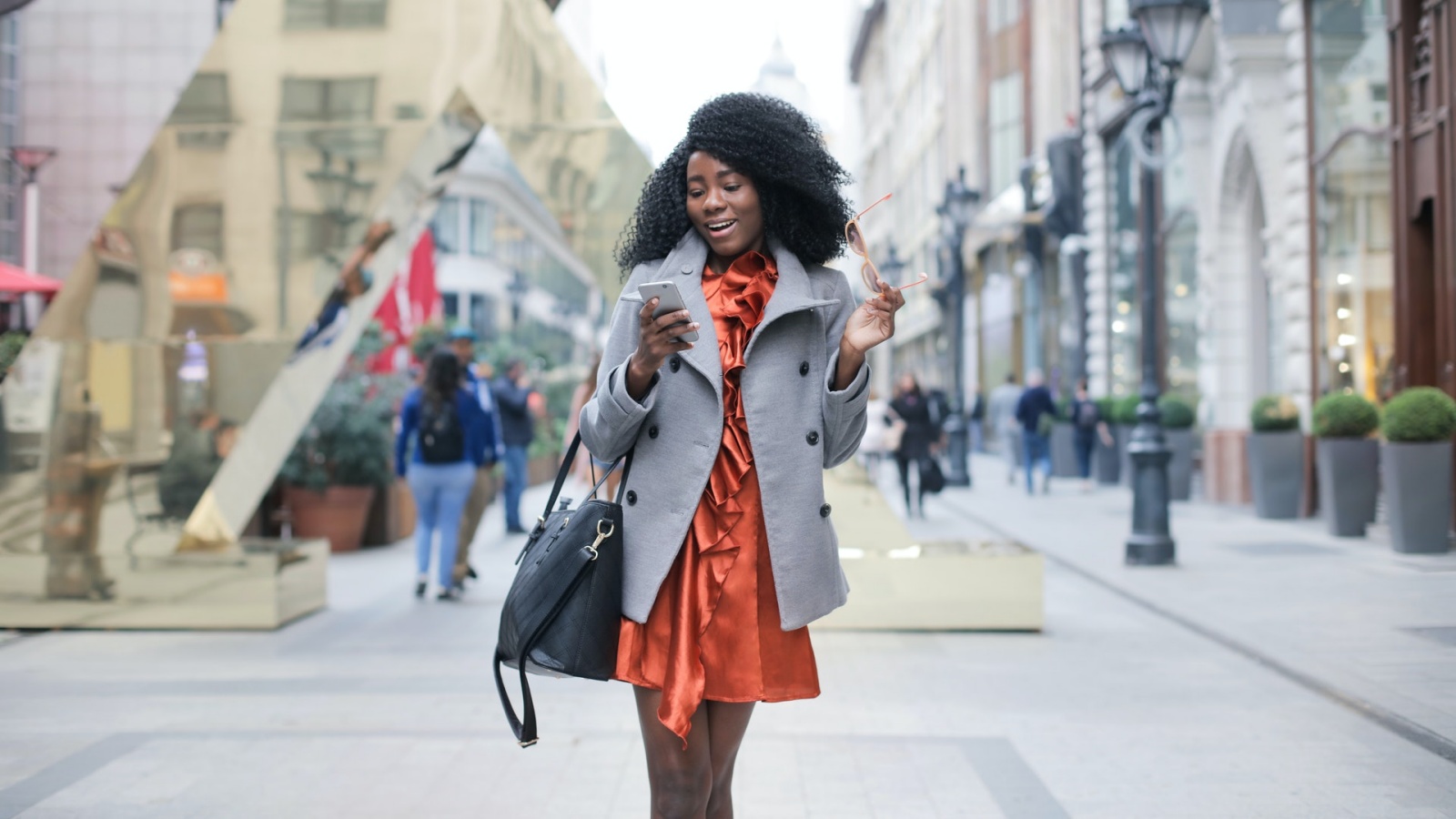 It’s been a decade since the initial iPhone was launched, marking the beginning of the modern smartphone era. The rise of the smartphone’s brought forth a lot of changes.

I was a bit reluctant at first to buy a smartphone, already owning existing (and cheaper) gadgets. However, the smartphone went on to replace almost all of the ones I’d been using, such as my MP3 player. I’d also say it’s been the most game-changing device I’ve bought, after a home computer and my earlier (ordinary) cell phone.

Apparently, I’m not the only one who’s replaced other electronics with their phone. As the infographic below shows, the smartphone’s devastated sales of many stand-alone devices. 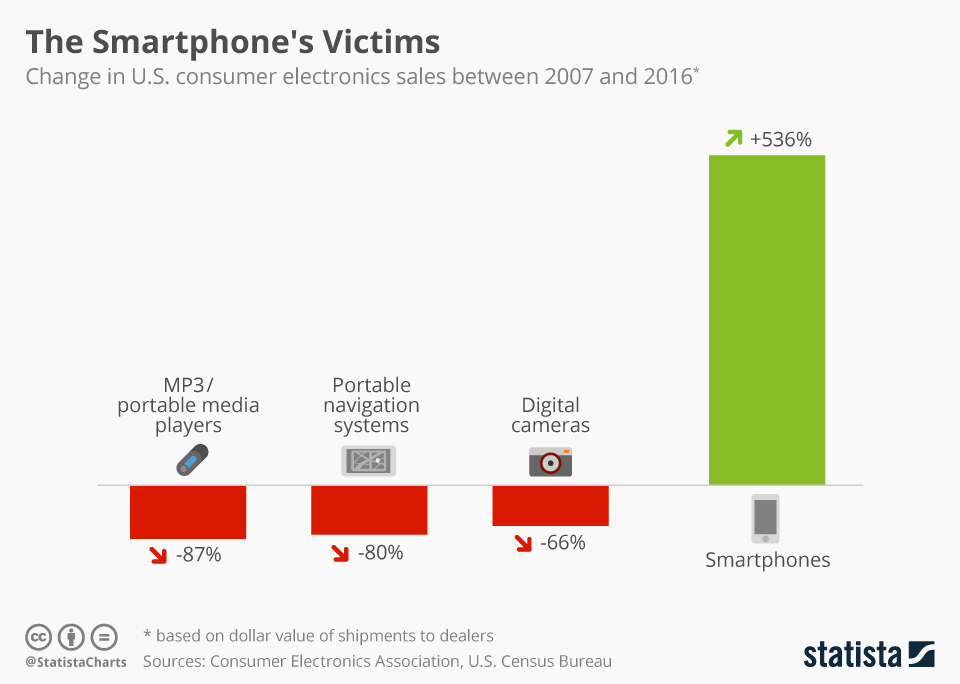 For the iPod’s 15th anniversary last year, I wrote about how much sales of Apple’s iconic MP3 player have fallen.

My smartphone can access my entire music collection (uploaded to Google Play Music), as well as plenty of new music.

GPS devices still exist, but smartphones have largely replaced those for many people. However, Consumer Reports still reviews navigation systems, noting they still have some advantages over smartphones.

(I don’t have a car, so I can’t comment much more about navigation systems.)

Smartphones have definitely made taking photos a lot easier for most people. It’s now reached the point smartphone cameras are the only ones many people use. However, stand alone cameras still exist, mostly for more dedicated photographers.

I still have a Kodak digital camera I bring for vacations, visiting family at holidays, and comic conventions. My Android phone’s camera is serviceable, but not quite as good as the ones on Samsung phones or iPhones.

Do you still use any of the devices above?