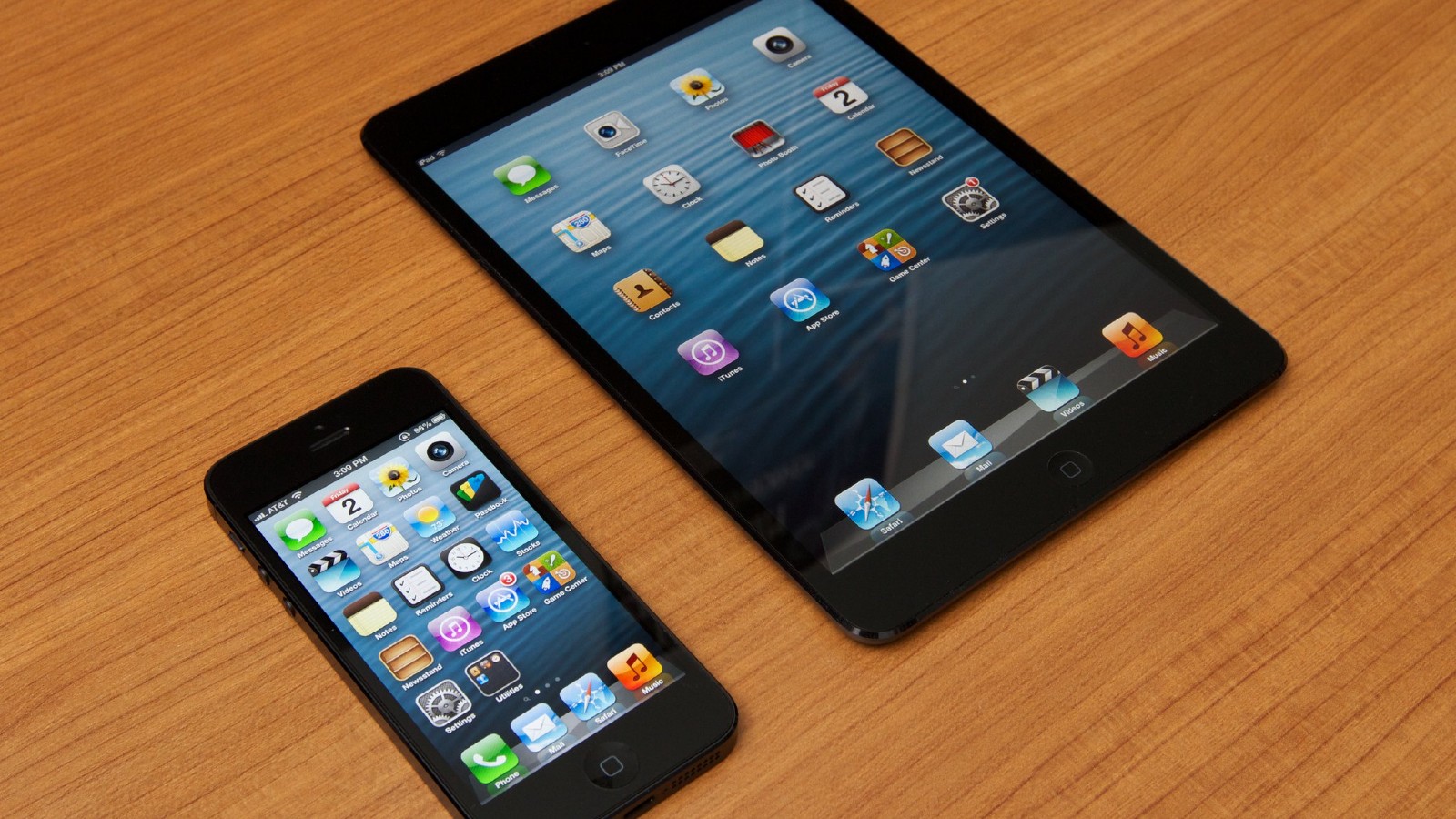 Analytics firm Flurry Analytics took a look at what mobile devices were most popular during 2015’s holiday season, based on app usage and device activations. The most popular platform was iOS, with Apple devices making up 49% of all activations between December 19 and 25.

As for what types of devices were the most popular, apparently phablets saw the biggest rise over 2014’s holiday season. The infographic below shows specifics: 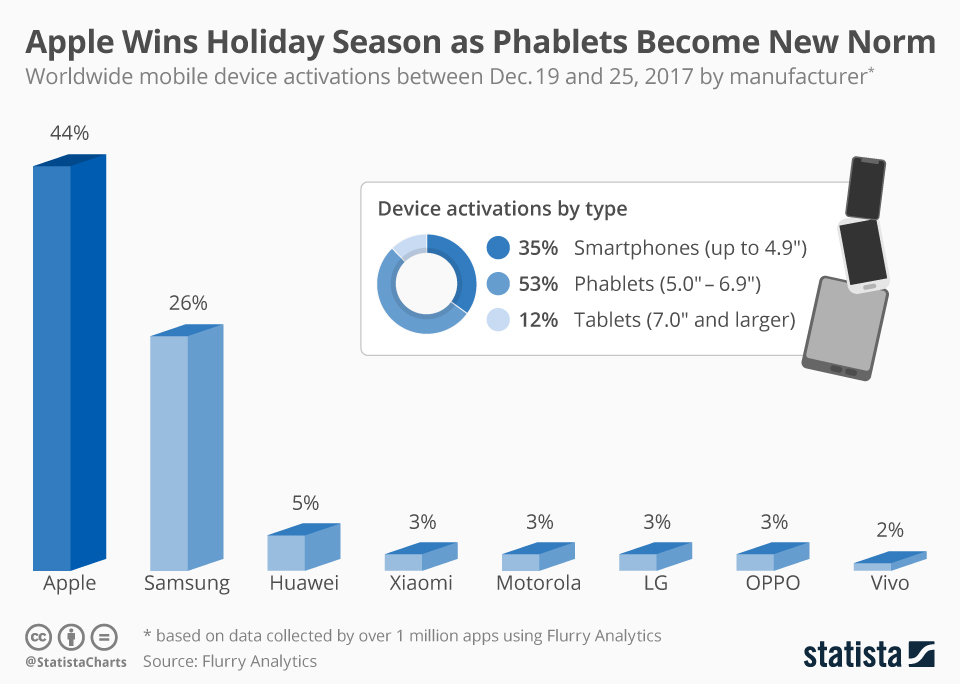 I can’t imagine there’s many smartphone manufacturers that still make ones that have screens 3.5 inches or smaller. Then again, I prefer a phone I can hold in one hand, given my public transit usage (I’m sometimes forced to stand when the bus is crowded). My current smartphone, an aging Nexus 4, has a 4.7″ screen.

Tablet activations have decreased slightly over 2014. Presumably reflecting that tablets aren’t something that’re replaced as often as phones? Or not as often as Apple, Samsung, etc., would like anyway. But barring specific needs, tablets just don’t require replacing as often as smartphones. They usually aren’t tied to contracts, aren’t as heavily used outside of homes as smartphones, and the average person’s tablet needs are fairly mundane instead of bleeding edge. Tablets seem to be treated by the public more like computers than phones, and the electronics industry’s already annoyed about the slowdown in desktop and laptop computer sales.

Flickr photo by Yutaka Tsutano (CC BY / cropped from original)