This week’s minorities in cartoons entry is Monique, a character on the Disney Channel series “Kim Possible.”

Monique is the best female friend of series star Kim Possible. Monique’s interests lied heavily in fashion. This proved to pay off when she used her skills to get employment at “Club Banana,” the show’s Banana Republic clothing store stand-in. Monique’s skills saw her eventually promoted to the store’s assistant manager.

Monique tends to be no-nonsense, making her well suited to give Kim someone to talk to besides the often-goofy Ron. Despite being Kim’s friend, Monique lacks any actual crime-fighting or physical fighting skills. Thus, the few missions she helped Kim out on didn’t go very well.

Unfortunately, Monique’s love life also didn’t go as well as she hoped, including the time she spurned the crush of Team Possible’s resident genius Wade. Wade trying to use a love control device to “win” Monique over didn’t help.

The series made an occasional mention of Monique’s family. She has an unnamed older brother that got her hooked on professional wrestling. Her also-unnamed father plays golf.

The alternate-future-set TV movie “A Sitch in Time” saw the adult Monique actually gain combat skills in the Shego-ruled future world. (Her old store was turned into a “Club Shego” store, which only sold clothes similar to what Shego wears.)

The adult Monique was voiced by actress Vivica A. Fox. 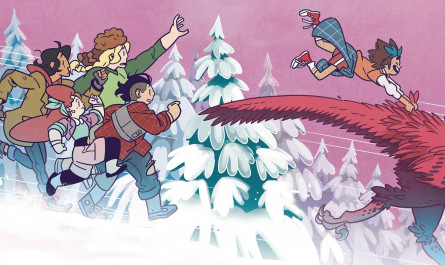