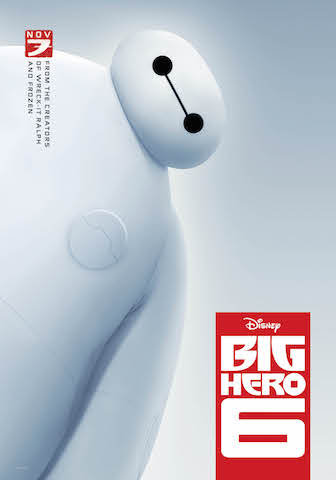 This week’s minorities in cartoons entry is Big Hero 6, a Japanese superhero team in Marvel comics.

The team’s backstory states they were created when Japan’s government wanted their own government-sponsored superhero team. A top-secret group of politicians and business interests named “Giri” was formed. Giri set about recruited members for the team. Most of the members are teenagers or young adults.

Like most superhero teams, Big Hero 6’s roster’s changed over time, but the team’s main members are:

Big Hero 6 also had other members that hailed from elsewhere in the Marvel Universe, but eventually left the team:

In 2014, Disney released a CGI theatrical animated film based on “Big Hero 6.”

The film changed some aspects of the original comics. For starters, the film’s now set in the fictional American city of “San Fransokyo” (a mash-up of San Francisco and Tokyo); one of the more eccentric team members gave them their odd nicknames; and Fred is now Caucasian, while Wasabi is African-American.

The film was a success at the box office.