This week’s entry is Chloe, a character who first appeared in “Sabrina, The Animated Series,” the 1999-2000 animated spin-off of the “Sabrina the Teenage Witch” sitcom (itself based on the original Archie comics).

This series features Sabrina as a 12-year-old girl attending middle school in the town of Greendale. Harvey, Salem, Hilda, and Zelda are carryovers from the comics/sitcom (and retain their general personalities from the sitcom).

Like the sitcom, the cartoon’s plots usually revolve around Sabrina being taught to use her powers properly. She often tries to solve her problems with magic, which ends up creating even bigger problems half the time.

Chloe is Sabrina’s best friend, and the only mortal aware of the Spellman family being witches, aside from Sabrina’s maternal great-uncle Quigley, the family’s guardian. Quigley’s another character original to this series. His guardianship comes from the aunts being turned into teenagers by the Witches’ Council as punishment for unexplained reasons.

Chloe often accompanies Sabrina on her adventures. She tries to help Sabrina solve the problem-du-jour, both before and after magic is applied. Like Sabrina, Chloe also dislikes Greendale Middle School’s snobbiest girl, Gemini “Gem” Stone. Gem’s basically a preteen version of snobbish Libby from the sitcom. Of course, Gem dislikes Chloe in turn.

Like the sitcom, this series also affected the core material, the “Sabrina” comic book.

For a few years in the early 2000s, the comic reverted to taking place during Sabrina’s preteen years, with the art style and stories reflecting “Sabrina: The Animated Series.” Thus, Chloe appeared in various stories, but ceased appearing once the comic went back to the conventional high school setting.

Since then, the “Animated Series” comic stories have been reprinted regularly in the various Archie digests. Like “Little Archie,” the comic stories are treated as canon for modern-Sabrina, as flashbacks to her middle school years.

Chloe’s absence in modern Sabrina stories is explained as her family having moved away from Greendale after Chloe and Sabrina finished middle school.

Modern Archie stories continue to use “Greendale” as her hometown’s name. Before the 2000s, Sabrina’s hometown was usually either an unnamed town near Riverdale or Riverdale itself. A short-lived 90s series had the Spellmans living in the town of “Gravedale Heights.”

“Sabrina: The Animated Series” ran for 65 episodes. The series aired in syndication (and off and on the Disney Channel) through the 2000s.

A followup series, “Sabrina’s Secret Life,” wrote out Chloe (and the other original characters from the earlier series), and moved Sabrina back into her usual high school setting.

The series is available on DVD, as well as digital video and some streaming services.

Hilda and Zelda are both voiced by Melissa Joan Hart (Sabrina in the sitcom). Melissa’s younger sister Emily voices the animated Sabrina.

Salem is voiced by Nick Bakay, who also voiced Salem on the sitcom.

Chloe is voiced by Cree Summer. 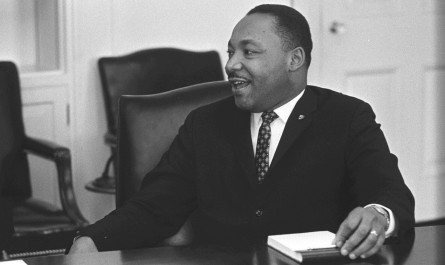