On Tuesday, Google gave a keynote address where they announced various new devices, or improvements to existing ones. Here’s my thoughts on each one.

Google announced its own fully-backed smartphone, the Pixel. Replacing the previous Nexus models, the Pixel is being pitched as a high-end iPhone competitor. Features include:

The phones will come in two sizes: the Pixel model at 5 inches, and the Pixel XL model at 5.5 inches. Two sizes are also available, 32GB and 128GB.

Pricing starts at $649 for an unlocked phone.

VR headsets are all the rage among tech companies, if less so among the general public. Still, there’s a continued push to make virtual reality not just a nostalgic 90s reference. Google’s latest VR-related entry is the $79 “Daydream.” Google hopes to appeal to fashionability by offering the Daydream in several colors, as well as a fabric finish. They’re also including tie-ins with popular entertainment; one for the upcoming “Fantastic Beasts” Harry Potter spin-off film was presented.

The Daydream is available in November, in time for the holidays.

Google WiFi is a customized router that Google’s offering, one designed to be used as a part of a household-wide system. The router’s offered as a single unit for $129, or in a three pack (as they describe it) for $299.

The latest Chromecast is the Ultra, a $69 dongle. Besides incremental improvements, the biggest ones (that justifies the higher price) are that the Ultra has both 4K support and an Ethernet connection.

It costs more, but those buying a 4K TV or want to future-proof their devices will be interested.

Google Home is Google’s Amazon Echo competitor. The device, which looks like an air freshener, comes in a half-dozen colors. It also includes support for Google Assistant. Google Home costs $129, and is on sale in November.

To make it more appealing, Google will also include a six-month YouTube Red subscription.

Google also plans to open up Assistant’s protocol for use on third-party devices. This might make Google’s voice-activated service more popular, by not being tied to a single company’s products the way Siri or Alexa are.

I admit I was hoping to hear something about Android, Chromebooks, or Chrome OS. However, the biggest recent news for Chromebooks is that that they’re gaining Google Play Store support…and that rollout’s finally under way. Still, it’d be nice to hear something mentioned about Google’s operating systems.

Otherwise, that sums up the Google keynote news. Are any of you interested in any of Google’s newly announced devices or services? 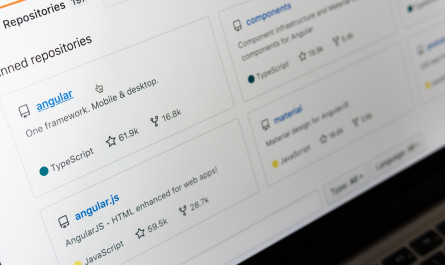