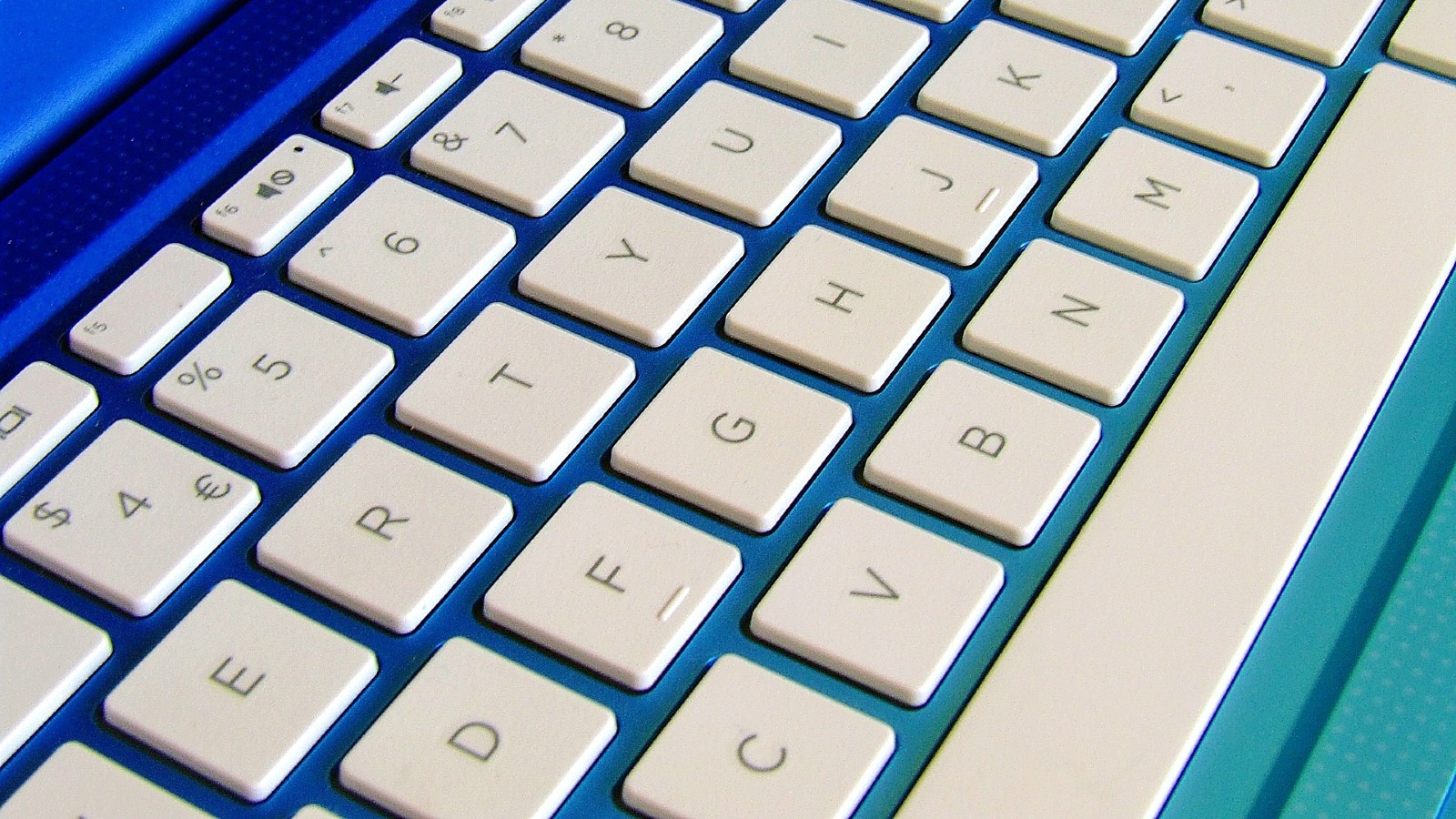 The infographic below gives more details on sales: 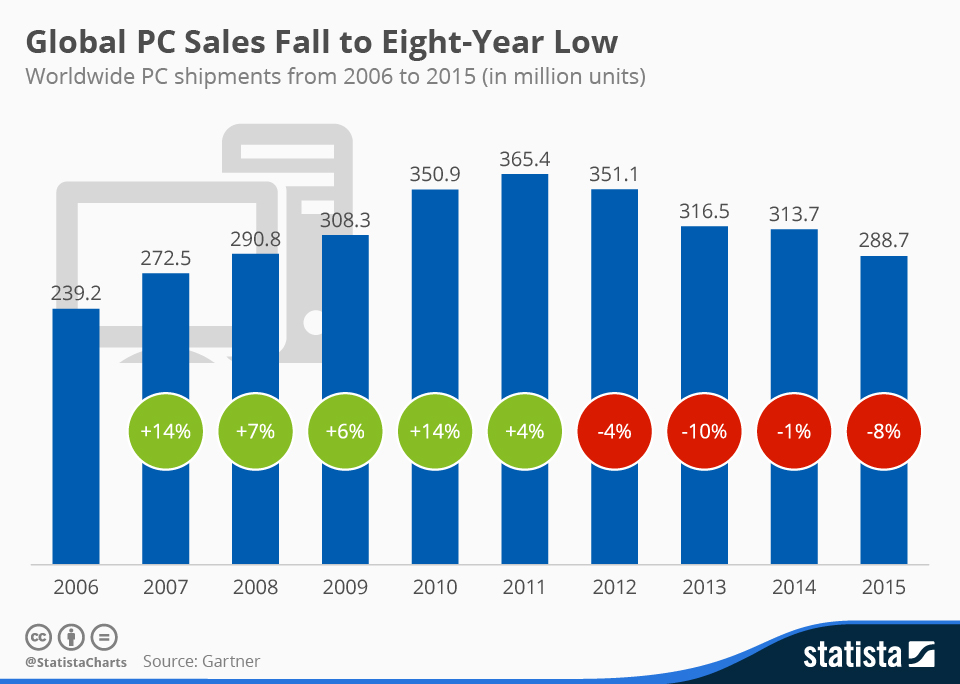 The sales slump is attributed to the rise of tablets and smartphones over the past half-decade. Sales were flat from 2013-2014 thanks to the need to upgrade PCs when Windows XP support finally ended. Gartner also attributes currency woes in some parts of the world as another factor. However, even the unpopularity of Windows 8 and the release of Windows 10 (and Microsoft’s aggressive push for users to upgrade) doesn’t seem to be boosting sales.

Besides the rise of mobile devices, I also assume that for most people, PCs have hit the point where even ones from several years ago are still usable and powerful enough for the average person’s use. Facebook, web browsing, playing music, etc. still work as well on a 2012-era PC as it does on modern PCs. In one sense, PCs might have shifted for the average person to becoming like TV sets—electronics that are expected to last for years, and only replaced when they either break, wear out, or there’s a major new feature or features worth the expenditure.

A few other possible reasons: the money spent on upgrading PCs every few years might instead be going toward upgrading smartphones every two years, when contracts/installment payment plans run out. Finally, on the low end, there’s the rise of Chromebooks and similar cheap Windows laptops, which probably don’t have large profit margins.

As for the future, the economy is finally picking up steam, which might spur some investment in newer hardware by some. There’s also some promotion of laptop replacement devices such as the Surface Pro or iPad Pro. However, I suspect mobile devices, low-end computers, and the other above-mentioned factors might prevent seeing PC sales reach 2011’s high point anytime soon.