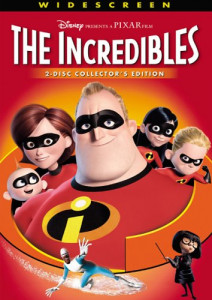 News came earlier this week that we’ll be seeing sequels to two of Pixar’s most successful films, “Cars” and “The Incredibles.” Yes, there’ll finally be an “Incredibles 2,” as the Pixar sequel fans have most desired, save maybe the hype around “Toy Story 2.”

Meanwhile, “Cars 3” is certainly the least desired Pixar sequel, ignoring non-Pixar made spinoff “Planes,” as well as the “Planes” follow-up due for theaters this summer. In spite of many adult fans’ views of “Cars 2,” the “Cars” films are popular with kids and the merchandise sells quite well, thus the justification for a part three.

While “Incredibles 2” will be interesting to watch, I do hope to see more original fare from Pixar, not just sequels. Next year should bring that, with “Inside Out” the next scheduled Pixar film.