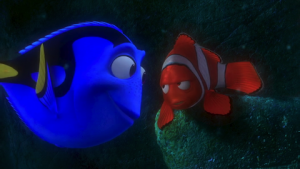 It was announced earlier today that we’ll be getting yet another Pixar movie sequel, this one to their 2003 hit “Finding Nemo.” Titled “Finding Dory,” the film will focus on Dory, the absent-minded blue fish voiced by Ellen DeGeneres. The sequel’s expected to be released at Thanksgiving in 2015. More details here:

The Mary Sue on “Finding Dory”

While I enjoyed “Finding Nemo,” I wondered (as did Ellen, with her amusing “Toy Story 16” crack) why a sequel to “Nemo” didn’t come sooner. “Nemo” is one of the most popular Pixar films, and until “Cars,” was Pixar’s main go-to for merchandising (after “Toy Story”). That said, the large spate of sequels Pixar’s putting out is of some concern, especially after the mediocre effort that was “Cars 2.” However, I’d expect “Finding Dory” to be well above “Cars 2” quality-wise.

Also of note is this makes the second Pixar film to star a female character, after last year’s “Brave.”