The animated British TV series “Danger Mouse” is getting a revival, per “The Guardian” and the website Animation Scoop:

As seen in the article, there’ll be some increased diversity in the new adventures of Danger Mouse and Penfold, which of course is a good thing.

It remains to be seen if DM will be CGI like half of new TV cartoons nowadays, or done in Flash like most of the rest.

Hopefully, the revival will be as amusing as the original series was, which aired here in the US on Nickelodeon in the 80s and 90s. Speaking of the 90s, that era’s series “Teletubbies” is also getting a revival (for better or worse). Also in the works is a revival of 70s British series “Clangers,” a stop-motion animated show about a family of mouse-like aliens on their home planet. 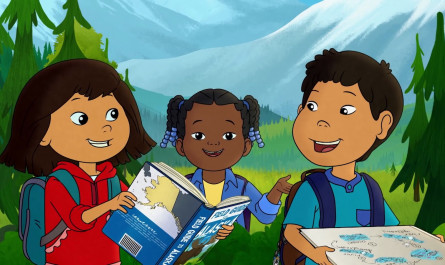