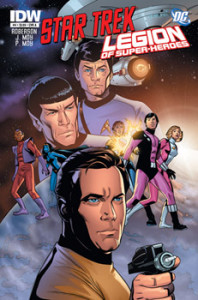 The fourth issue of the crossover sees more action, as one team ventures into the merged-Earth’s distant past to see what caused both timelines to merge/diverge so drastically, while another team (led by Kirk) break into the palace of Earth’s emperor. The ending finally reveals who I thought the villain of this would be, but still threw in another surprise (one that left me reaching for a Star Trek wiki, not having seen that episode in ages).

Aspects I liked about this issue:

The ending (yeah, more SPOILERS) shows, as I thought, Vandal Savage is behind all this… or some of this, as there’s two other figures shown: a mysterious figure with glowing eyes and someone named “Flint.” Flint is a character from an Original Series Trek episode with a similar shtick as Savage (long-lived immortal). As for Savage, it seems odd to see a Golden Age villain up against the Legion, but even pre-Crisis (by the “Great Darkness Saga”), Savage had apparently moved from Earth-2 to Earth-1, where he repeatedly fought Earth-1’s Superman.

Looking forward to the next issue (more tall tales from Chekhov? “…I’m a doctor, not a Legionnaire?” Kirk mentioning this being like “that time we met those super-powered mutants?”). 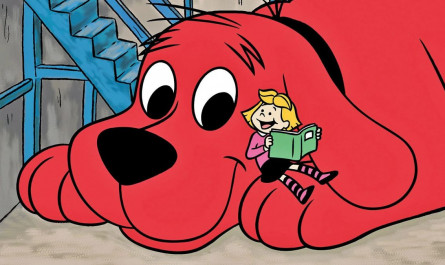 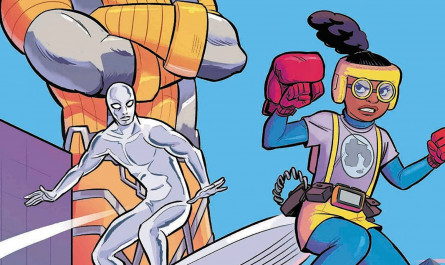