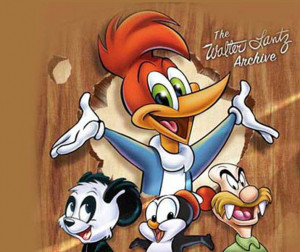 As of Thursday morning, it’s been made official: Comcast will buy DreamWorks Animation for $3.8 billion. This will be a very big deal for both companies involved, as well as the animation media landscape.

For DreamWorks, it’ll mean more breathing room to turn its movie efforts around, plus the support of a large media conglomerate behind the studio. However, I assume a merger will come with expected layoffs of staff. Longtime studio head Jeffrey Katzenberg will remain on board, however, but in another position.

For Comcast, this will be a very big deal. Comcast has what’s probably the weakest ties to animation out of the various American media companies, especially compared to their rivals Time Warner and Disney. While their Illumination Entertainment division (home of the “Despicable Me” franchise) is doing well, for years, NBC/Universal’s presence in TV animation’s been lackluster to near-nonexistent. As far as I can tell, the cable giant’s non-Illumination animation assets currently consist of “The Land Before Time,” co-producing the PBS “Curious George” series, and the mostly-dormant Walter Lantz library (Woody Woodpecker, Chilly Willy). 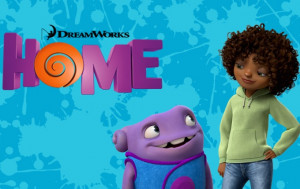 Buying DreamWorks will give Comcast, Universal, and NBC an instant vast library of animation assets—especially since DreamWorks owns lots of miscellaneous characters (Underdog, Richie Rich, Rocky and Bullwinkle, etc.) thanks to their buying Classic Media (now “DreamWorks Classics”) years ago. Importantly, it also gives Comcast a bigger presence in streaming media and animated TV programming, thanks to DreamWorks’ deal with Netflix. Streaming media’s not going away, and animated programming has become a major aspect of such services.

DreamWorks does have some previous history with NBC/Universal, as their characters have been licensed to Universal’s theme parks for some time.

I’d assume that there’ll be other possible ramifications down the line, though for now existing deals should be honored. Universal will probably distribute DreamWorks’ films once the latter’s agreement with Fox expires in 2017. I wonder if NBC will take over airing classic holiday specials “Rudolph the Red-Nosed Reindeer” and “Frosty the Snowman?” Both are parts of the Rankin-Bass library owned by DreamWorks Classics, and have aired for decades on CBS. I also wonder if being owned by Comcast will affect some of the studio’s productions, including their Disney-level theatrical animation budgets?

Of course, this also means one less independent animation studio, not to mention the usual downsides of corporate mergers/media consolidation.

One analyst wrote a (paywall-blocked) letter outlining what he views is wrong with this deal, including profitability, that their intellectual property aren’t as lucrative or famous, and that Comcast already owns Illumination. It seems to ignore the points I made above, however, especially NBC/Universal’s weak non-Illumination animation presence compared to Disney, etc. As for the use of “gimmicks,” that’s also easily fixed under new ownership.

What do you think of this merger?