This special came from “Cave Kids,” a short-lived 1996 series (only eight episodes were made). The series featured (as toddlers) Pebbles and Bamm-Bamm, plus their guardian Dino, engaging in imaginary adventures a la “Muppet Babies.” The adventures see the two kids learn various morals and life lessons.

Besides “Muppet Babies,” another influence on the series might’ve been the then-popular “Rugrats” cartoon on Nickelodeon. (Bamm-Bamm’s even voiced by Christine Cavanaugh, who was also “Rugrats”‘s Chuckie). “Cave Kids” is the final regular Flintstones series produced to date.

This Christmas episode focuses on Pebbles, Dino and Bamm-Bamm trying to get to the North Pole to meet Santa (to get a jump-start on getting their presents). They meet several winter-themed characters along the way, including a talking snowman (who sounds like comedian Jackie Mason), an ice monster, and a hippo (with an Indian accent) resembling Hanna-Barbera character Peter Potamus. Along the way, Bamm-Bamm learns that Christmas involves more than presents. There’s also a few songs.

No Fred and Barney-filling-in-for-Santa antics, no annoying kids foisted on empty-nester grandparents to take in, nothing. It’s clearly aimed at a younger audience, per the educational tone of the other “Cave Kids” episodes. As a result, this special (while not awful) is easily the weakest of the various Flintstones specials.

“Cave Kids” never aired on US television, but did air outside the US, usually on international versions of Cartoon Network. However, it’s pretty much been off the air since its short-lived 90s run.

The series was released to VHS in the US in the late 90s, but hasn’t had a DVD release yet. 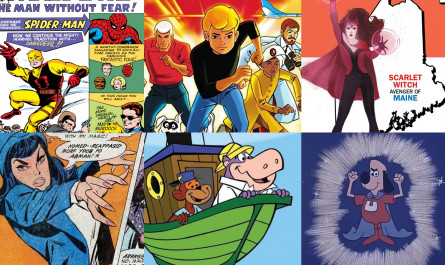