Earlier today, Cartoon Network announced its upcoming lineup of shows for the 2014-15 TV season. Of particular note is this is the last such announced lineup that’d fall under departing network head Stuart Snyder, so it’s still reflective of some recent Cartoon Network trends. The full press release is available on Toonzone, but I’ll give my two cents on each new show/development.

Besides the new shows, the other main news is Cartoon Network’s planned harder push into digital realms, particularly 15-second-long online clips, etc. through its mobile apps or website, as well as several full series available through said areas. Of course, no doubt said aspects will require a cable TV subscription to watch online/on mobile devices.

Over the Garden Wall

Unusually for Cartoon Network, this new “show” is actually a 10-part miniseries. “Wall” is about two brothers trapped in a strange world, where they (what else?) try to find a way to get home. Nice to see CN experimenting with a different show format, and one with a set ending. This one might be worth watching. Voices include “Lord of the Rings”‘s Elijah Wood.

This show was announced last year, but it’s apparently taken this long to finally get a slot on the schedule: “Clarence” debuts April 14. The show focuses on the adventures of an extroverted young boy and his friends. The pilot looked OK, so this one might be worth tuning in for, too.

A grizzly bear (named Grizzly), a panda bear (named Panda), and a polar bear (named…Ice?!) are siblings who try to fit into a human-dominated world, however poorly (with hijinks ensuing, of course).

The Tom and Jerry Show

This show was also announced a year ago; despite debuting some time ago up in Canada, this one’s finally arriving stateside on April 9. “The Tom and Jerry Show” looks to be Flash animated, though from the trailer, it seems to be reasonably well animated in spite of that. Apparently from this and the next few shows, Cartoon Network is feeling bullish on giving their classic stars new shows not long after their previous series were cancelled (per the 2000s “Tom and Jerry Tales,” etc.).

Scooby-Doo is getting another new series, this time reverting more back to the classic comedy/mystery format. Here, the gang’s graduating from high school (keeping with actually giving them ages, I suppose) and plan to spend the summer driving the Mystery Machine around the country (and, of course, solve mysteries).

Seeing the gang’s high school graduation ceremony might be interesting, if only to see which versions of their parents/family (who’d have to be attending the ceremony) will be used here: older versions of “A Pup Named Scooby Doo”‘s parents? “Mystery, Incorporated”‘s parents? Fred’s Minnesotan parents from the “Pirates Ahoy!” movie? Or will they make up all new parents(!) for the gang yet again? At this point, I assume the Jones, Rogers, Blake, Dinkley, and Doo family trees must rival a soap opera or X-Men comic in complexity.

While I wasn’t a big fan of “Mystery, Incorporated,” I imagine fans of that show will be disappointed at seeing a return to what’s basically the classic series’ format. One slight initial concern of mine so far is how Scooby looks in this picture: 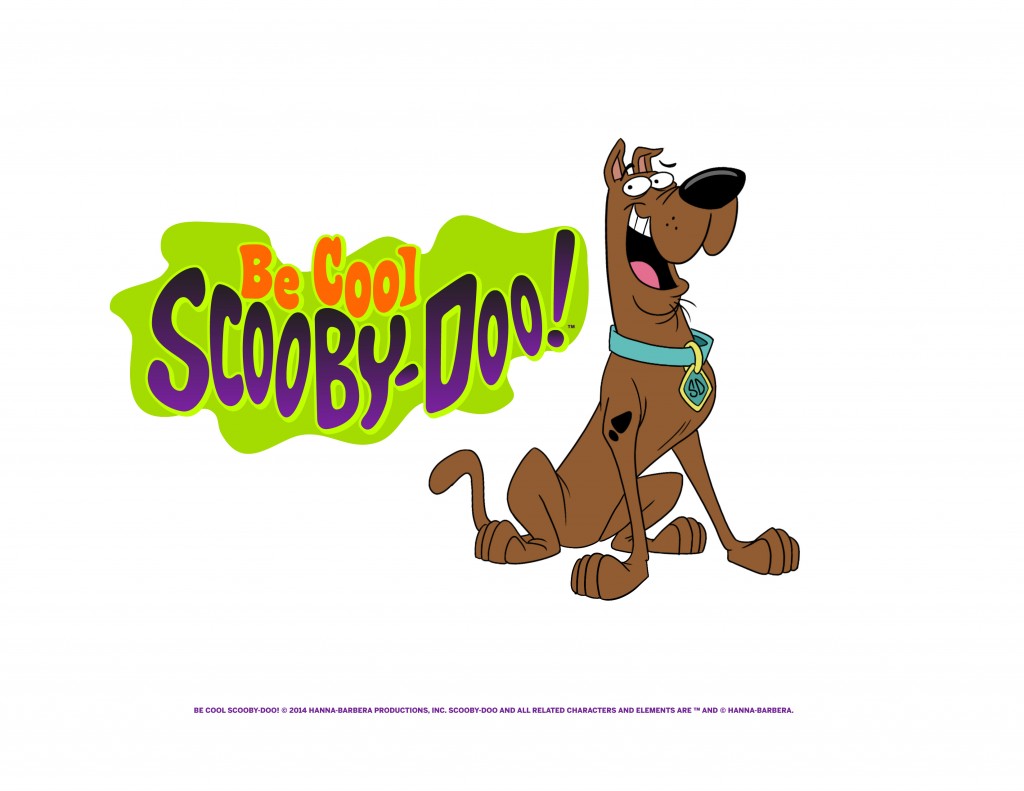 Seriously, what the heck’s wrong with poor Scoob? Besides looking like he’s (ironic, given his famed appetite) a bit underfed, his face looks like he ate some bad Scooby Snacks or something. I don’t mind a cartoonish style for Scooby and company (again, “A Pup Named Scooby-Doo”), but this initial picture looks a bit weird. I suppose I might want to see more art from the show, which I’m sure will be coming out before the show’s debut. 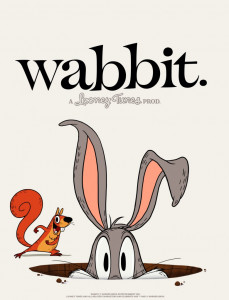 On the heels of the sitcom-style “The Looney Tunes Show” comes this new series, “Wabbit,” which promises a return to more slapstick-styled hijinks for Bugs. The press release notes he’ll be “matching wits” against Yosemite Sam and Wile E. Coyote, as well as some new foes. Along with the new foes will come new supporting characters—Bigfoot and a squirrel named Squeaks. (No relation to “Animaniacs”‘s Slappy Squirrel, I’d assume.)

I assume that reviving Looney Tunes has been rewarding for Cartoon Network, as they’re now willing to make a new Looney Tunes series so soon after the previous one. Besides a return to a zanier tone of humor, it might be an easy sell, with current kids now more familiar with Bugs and the gang thanks to daytime Looney Tunes reruns and “The Looney Tunes Show.”

One of the few newer Cartoon Network hits is returning with a series of specials, as well as new episodes (due in 2015). Cartoon Network will surely want to keep anything Lego-related on the schedule, thanks to the success of “The Lego Movie.”

Sonic the Hedgehog is getting a new series, this time in CGI. Tails, Dr. Robotnik (or “Eggman” if you prefer), and company will also appear.

A new “Total Drama” season will also air. Given the way the previous one concluded, this new season should be interesting (new island, etc.).

A pair of bumbling woodchuck siblings take up martial arts. Sounds a bit like something from an episode of the 90s cartoon “The Angry Beavers.”

The obligatory toy-based Cartoon Network anime series gets another batch of episodes here.

“Angelo Rules” is a CGI animated series about the hijinks of an 11-year-old boy and his school pals. While the show’s online-only in the US, it’s based on a line of French children’s books, and produced by a pair of French and British animation studios. YouTube’s clips of the show seem to be mostly for Cartoon Network’s Africa feed (the clip I saw’s in North American English) and its Middle Eastern feed (not watched, but I assume it’s dubbed in Arabic).

“Detentionaire” is a Canadian animated series that’s already aired several seasons on Teletoon. The series focuses on a teenager punished for a prank he didn’t commit (thus the “detention” part of the show’s name), and setting out to find out the actual culprit.

Returning (or not returning) shows

Few surprises here; the usual cash cows (“Pokemon,” “Ben 10”) and old reliables (“Johnny Test”) are back, as are newcomers “Uncle Grandpa” and “Steven Universe.” However, the biggest surprise is no mention of “Beware the Batman,” despite its apparently-final remaining batch of episodes left to air.

As I noted at the beginning, future schedules will probably reflect more of a post-Snyder leadership at Cartoon Network. Still, this lineup is better than Cartoon Network from a few years ago. On the plus side, there’s not one live-action program being promoted here at all. Classic characters are being given (hopefully) faithful new adaptions, while Cartoon Network continues to hold to their actual hit shows (Ninjago, Adventure Time, Regular Show, etc.).

The one big criticism by some would be the low amount of action shows (and, I suppose, gender diversity issues). “Beware the Batman” seems to have been cancelled, leaving a void in “serious” action/superhero shows on the schedule. While I assume we’ll get Yet Another Bat-Series before long (since Batman’s Time-Warner’s cash cow), fans of the DC superheroes/action shows in general probably aren’t thrilled.

And that about does it. I’ll write more in the future about my reactions to the new shows (Scooby and Bugs particularly).