I haven’t had one of these posts in awhile, but thought it was time for another entry.

A year with ClassicPress

I’ve been using ClassicPress, the Gutenberg block editor-free fork of WordPress, for about a year now.

So far, everything’s been like the old-school WordPress, and I’ve kept my old blogging model intact—writing posts in a WYSIWIG post editor, without dealing with a block-based model that feels more geared toward competing with Squarespace/aimed at page designers than writing at length. There’s also some plans to cut down on some of WordPress’ bloat.

The downsides so far?

While I’m still open to alternatives, they also have their own downsides:

Most of my traffic’s mobile-based

Looking at my site statistics information in Matomo (formerly Piwik), one interesting item: most of my site’s traffic comes from mobile devices. Looking back over the past three months’ worth of data: 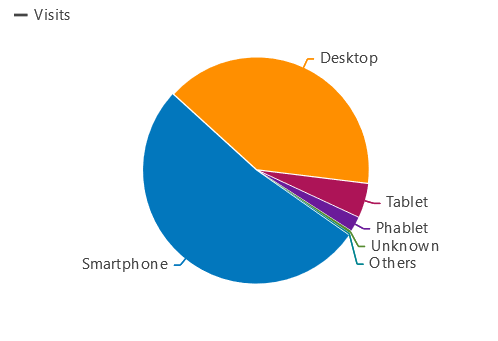 Smartphones made up 52% of traffic during this period. Desktops, meanwhile, made up 40%. Tablets came out to 5%. Not a surprise, I suppose, given the shift to smartphone usage over the past decade.

I’ve tried making this site mobile-friendly, though there’s probably room for improvement. How do you access this site?