Back in February, I wrote about the decline in popularity of the once-all-but-mandatory Adobe Flash plugin. Google started to block it from their ad network.

This week, Google announced the next logical step: blocking it from their popular Chrome browser. The Chromium blog announced that Google will make HTML5 the default on all new Chrome browser installations by February 2017. Flash will be deactivated by default, unless the user requests that it run on a specific site. The change will come with the February wide release for all users of the Chrome 56 stable release, plus a handful of users before then. 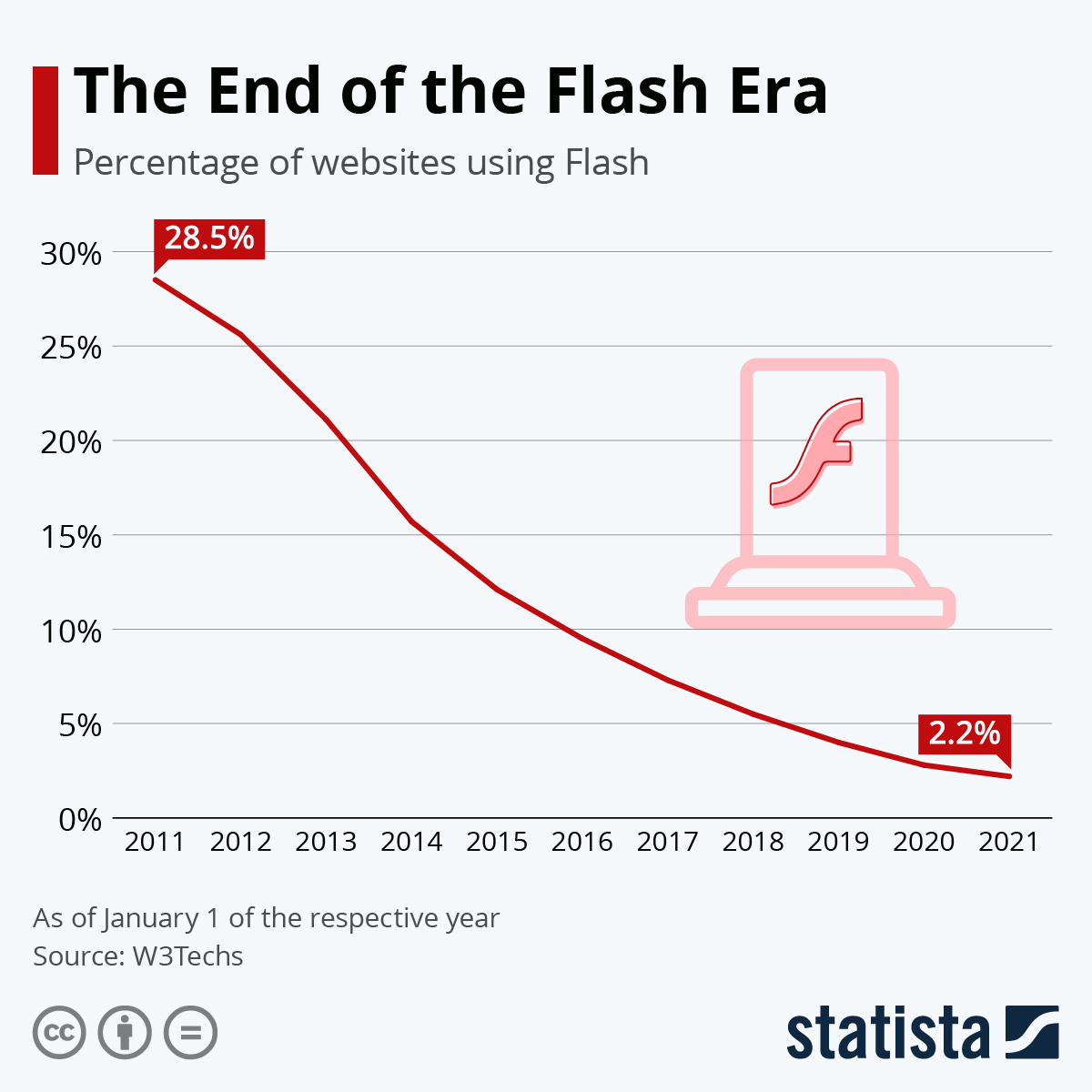 As I’ve said before, I won’t miss Flash. Of course, it’s still present online, including the existence of auto-playing videos, which I loathe.

Until the Chrome 56 stable release is out, Chrome users can install the Flashcontrol plugin. It blocks Flash from running, but the plugin lets you easily turn Flash on as needed for specific sites. Trusted sites can also be added to a whitelist. Flashcontrol is available through the Chrome Web Store.

Firefox users can set Flash to run only at the user’s request on sites. However, Mozilla plans to set blocking (a la Chrome) on installations by default starting in 2017. (I wasn’t able to find an exact month.)

With MacOS Sierra, Apple dropped Flash by default from Safari.

Windows 10’s Microsoft Edge has blocked some instances of Flash since the Anniversary OS update this summer.