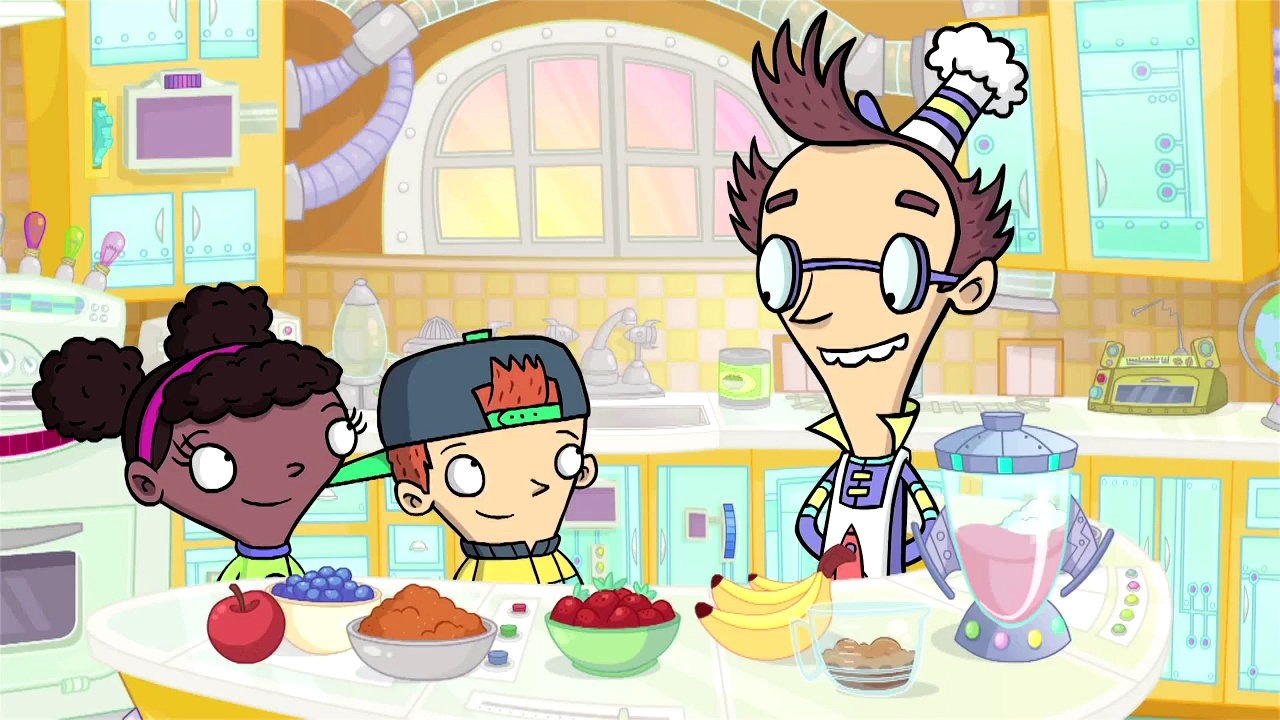 The educational series focuses on promoting good nutrition and food habits. The cast of characters include:

Most episodes feature Freddy trying to promote his wares in some aggressive fashion. One episode (“Attack of the Pizzanators“) sees Freddy spread slices of pizza all over town. The slices come with holograms of himself similar to the ones Princess Leia used in “Star Wars.” Usually the Professor and the kids mix up a healthy alternative in response to Freddy. In the above episode’s case, they created and served all over town whole wheat pita-based personal pizzas.

The series tries to keep up with current nutritional information. An earlier segment featured the food pyramid, which was used by the US government from 1992 until 2011. A later segment focused on the food pyramid’s less complicated, easier to understand replacement, MyPlate. MyPlate is basically a return to the longtime pre-pyramid “Four Food Groups,” though with increased emphasis on fruits and vegetables. (I grew up with the Four Food Groups, but MyPlate’s an improvement.)

Avril is voiced by Miya Duffy, who has no other voice acting credits listed on IMDB.

Some episodes of the series are available on DVD.

As of 2021, PBS deleted this series from their website and YouTube channel. The shorts had a YouTube channel, but as of 2022, that’s been deleted as well.