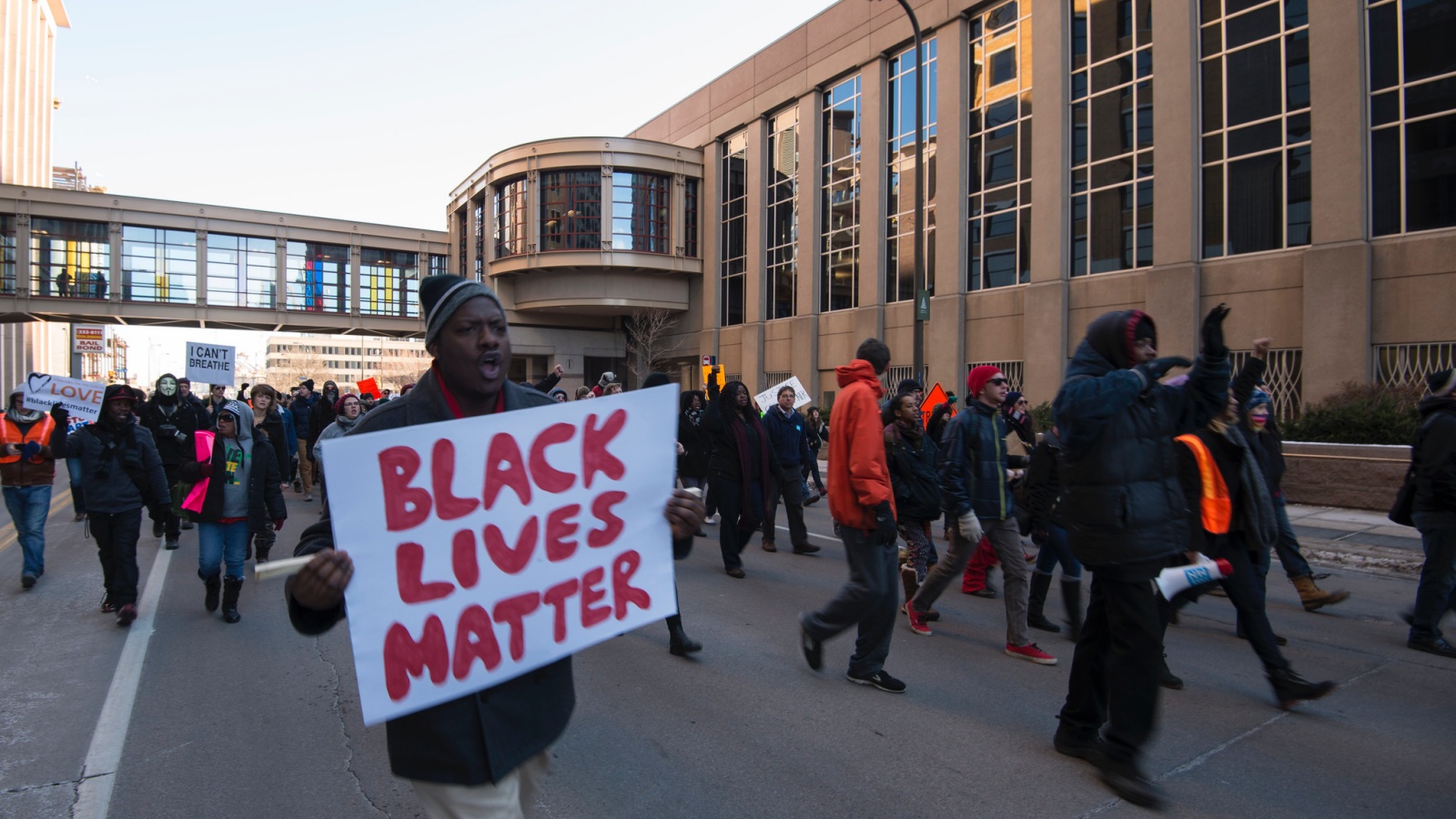 This weekend marked the one-year anniversary of the horrific shooting of Michael Brown, an unarmed African-American man, by police in Ferguson, Missouri. As of this writing, the anniversary is being marked by various protests once more in Ferguson, with noted figures such as Cornel West being arrested. A rally last Saturday in Seattle for presidential candidate Bernie Sanders was disrupted toward the end by protesters for Black Lives Matter, the name for the collective protest movement surrounding the excessive number of police shootings of African-Americans. I was at the rally, mainly to see for myself what Sanders was like in person; the disruption was as much a surprise to me as the rest of the audience.

I don’t write on the blog as often as I once did about politics; I have Twitter and Facebook to make the bulk of my political commentary nowadays. However, it shouldn’t be downplayed how large a role technology plays in modern activism. The initial Ferguson protests were heavily documented in real-time on Twitter. The use of social media and hashtags also allow for real-time reporting of events, as well as reporting and the raising of issues that mainstream media might ignore, misreport, sensationalize, or overlook. Yes, we’re talking about you, TV.

One reason for the impact and usage of social media in African-American activism? Twitter in particular has a large number of young African-American users (and larger number of users for all age ranges) compared to Caucasians, per a Pew Research survey:

Young African Americans have high levels of Twitter use

All this has led to a large African-American presence on Twitter, leading to the nickname “Black Twitter” for Twitter’s Black community. The Guardian newspaper wrote an article about Black activism and social media.

As such, the hashtag “#BlackLivesMatter” has gone on to become one of the most popular hashtags in 2014 on Twitter. Unsurprisingly, a few attempts to counter said hashtag, such as a police-organization-created “#BlueLivesMatter” or some less-than-enlightened Twitter users trying to promote “#AllLivesMatter,” fell flat.

Twitter’s also been used to criticize how television has covered the protests in Ferguson, etc., with an emphasis on sensationalism or questionable language used. One example that faced heavy criticism was CNN reporter Don Lemon’s report at last fall’s Ferguson protests, where he stated “obviously, there is the smell of marijuana in the air.” Lemon’s apparently made other similarly embarrassing remarks, which have also been criticized on Twitter.

Overall, contrary to articles questioning Twitter’s usefulness or long-term future, the 140-character service definitely has a value for the African-American online community, as well as activists in general.

“Black Lives Matter protest in Minneapolis” by Fibonacci Blue is licensed under CC BY 2.0 (Flickr / cropped from original)