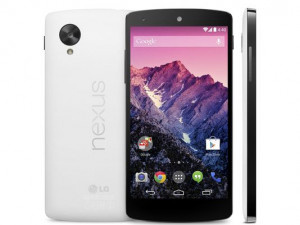 On Halloween, Google officially released the Nexus 5, its successor to the previous Nexus 4 smartphone. Much of the information’s been leaked by now, so not much announced was actually a surprise (beyond maybe the price). A full list of the specs are available in this Engadget article.

Overall, despite costing $50 more than the base Nexus 4 model, the Nexus 5 does offer some improvements. Of particular interest:

The glass back and the camera were in my opinion the weakest points of the Nexus 4, so I’m glad to see LG/Google correct both of these mediocre designs for the Nexus 5.

Still, the phone sounds like a good buy for the money. Those who’ve held off on buying a Nexus might want to consider this model.