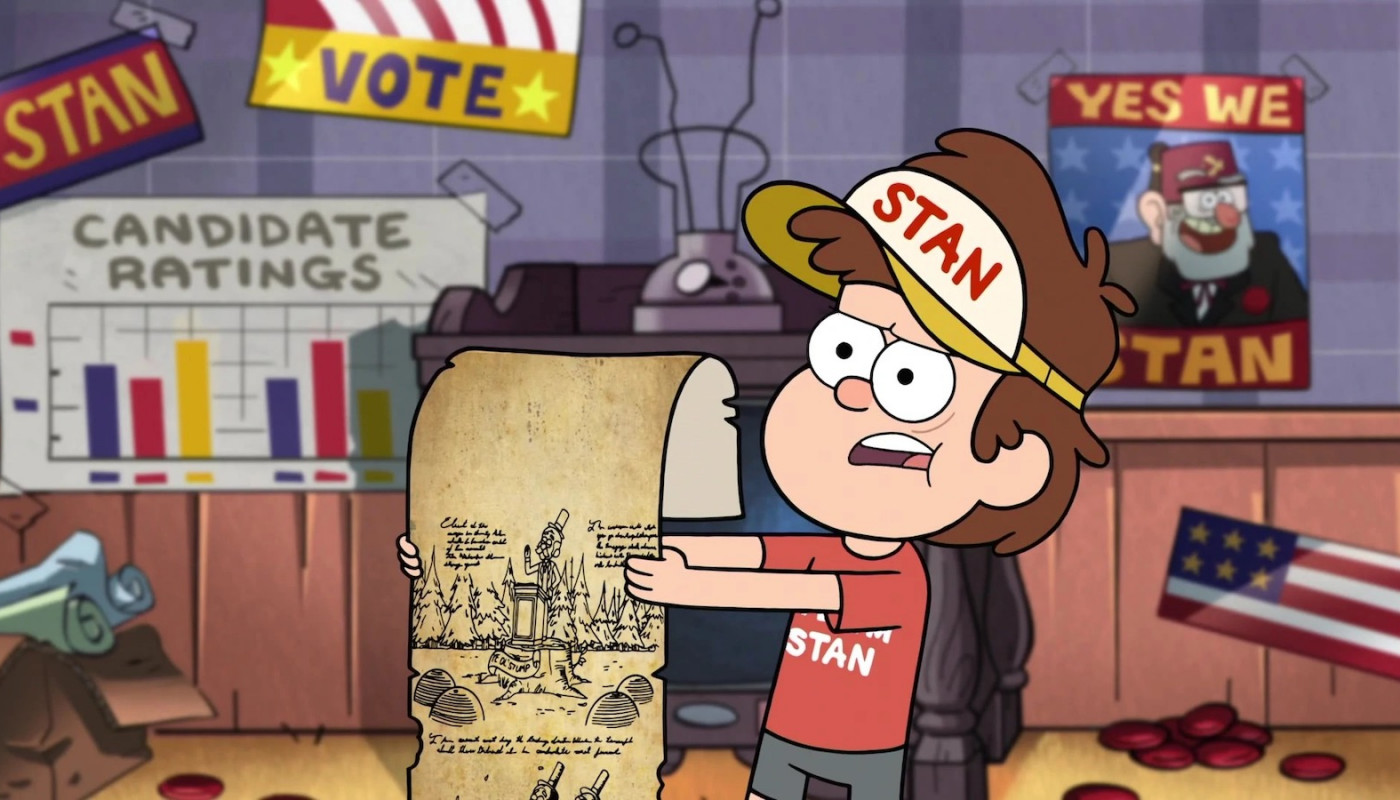 In the United States, Election Day is held on the Tuesday after the first Monday in November. This means Election Day can occur between November 2 and November 8.

Like in other media, comics and animation have featured election-centric storylines. Here’s a list of some noteworthy Election Day (and election) references in cartoons.

A running gag in the 80s comic strip “Bloom County” is the ill-fated attempts by Bill and Opus to run for president and vice president respectively. A 1984 strip shows they spent their entire campaign budget on an attack ad during an episode of “Diff’rent Strokes.” (Gary Coleman is shown sticking his tongue out Bill-style after the ad runs.)

The strip’s 2015 revival sees the two running again for 2016’s presidential race. This time, they run on a more modern wedge issue: wanting to enforce typing two spaces after a period. For the record, I type a single space.

The second season episode “The Stanchurian Candidate” sees Stan Pines decide to run for mayor of Gravity Falls. (The episode title’s a pun on the old Frank Sinatra film “The Manchurian Candidate.”) Like everything else in the show, Gravity Falls’ rules for a mayoral election are nonsensical. As Dipper noted after reading the rules to everyone, “I couldn’t make this up if I tried.” A mind-controlling necktie designed by Ford for “Ronald Reagan’s masters” also factors into the plot.

“Gravity Falls” is available to watch on Disney+ and Hulu.

The best part’s when Linus’ final campaign speech goes awry under his going off-script on purpose. Cue: a shot of Lucy and Charlie Brown both screaming in agony in the audience.

This special’s available on its own DVD, with a second “Peanuts” special also included, 2006’s “He’s a Bully, Charlie Brown.”

Like the other “Peanuts” specials, it’s also available to stream on Apple TV+.

Pinky and the Brain

The two lab mice have been shown running for office in several segments.

“Meet John Brain” (from the “Animaniacs” run) has Brain running for president of the United States. His campaign fails after everyone finds out he’s a mouse.

In the mice’s spinoff series episode “The Pink Candidate,” Pinky runs for president, with Brain as his vice president. To their surprise, they actually win; the mice later end up getting booted from office, of course.

Both episodes are available on DVD. “Meet John Brain” is available as part of the “Animaniacs” series of DVDs, while “The Pink Candidate” is part of the “Pinky and the Brain” sets.

Both episodes are available to watch on Hulu.

There have been several election-themed “Simpsons” episodes. The two that stand out the most to me:

Both episodes are available on their respective seasons’ DVD sets, as well as on Disney+.

Various stories have been written revolving around the idea of Superman becoming president of the United States. Most versions point out that Superman’s ineligible to be president, since he wasn’t born in the United States, but on Krypton. (Yes, he’s still an American citizen, just not a “natural born citizen.” And yes, it’s in my opinion as outdated a concept as the electoral college.) A 1991 story set in an alternate future, however, showed Superman becoming elected president after proving he was “born” on Earth. This, of course, was under the 1986 Byrne reboot’s “birthing matrix” retcon.

The episode “Citizen Max” centers around a flashback about bratty rich kid Montana Max. We see how his family became rich (supposedly, the lottery), plus his attempt to run for school president of Acme Looniversity. The whole episode’s a loose “Citizen Kane” parody.

What media companies own popular franchises now versus the 1980s? 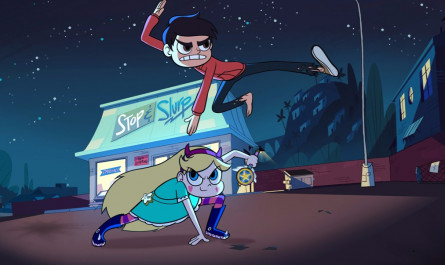