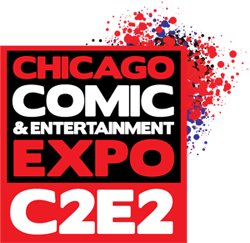 The second annual C2E2 (Chicago Comics and Entertainment Expo) is being held this year on the weekend of St. Patrick’s Day, March 18-20, at McCormick Place in Chicago. I attended C2E2 last year, and enjoyed my experience at my first big comic convention. I also plan on being back again this year.

So far, C2E2’s producers have announced some attractions:

Will have more updates, including panels/booths of interest and so forth, when they become available. I hope any of last year’s kinks have been worked out for this year’s show, as well (slightly clearer signage pointing to the C2E2-hosting portion of McCormick Place might be nice for first-timers to the convention center).