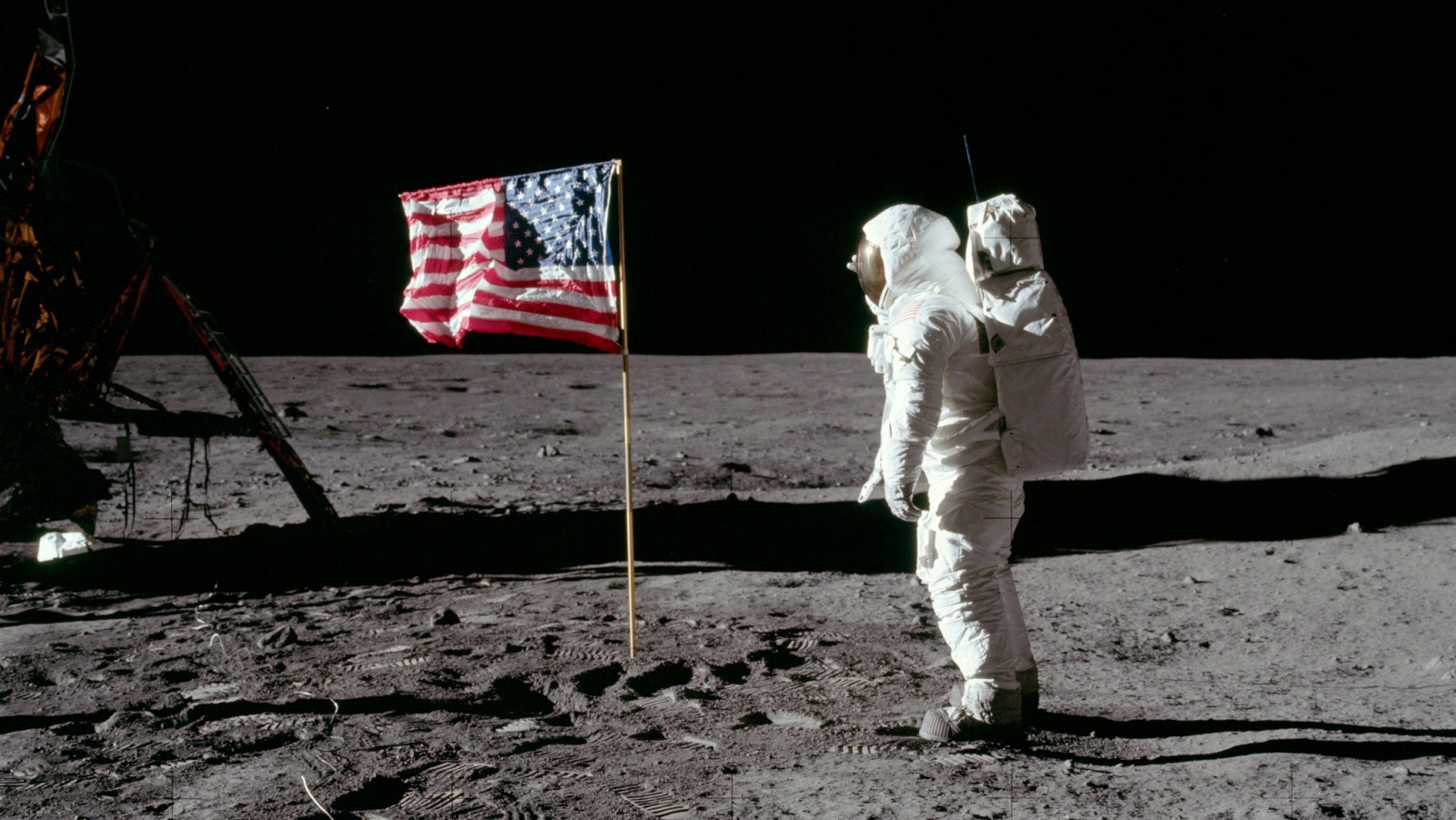 On Saturday, July 20, NASA (and the world) will celebrate the 50th anniversary of the Apollo 11 mission, which saw the first landing on the Moon. A historic moment, of course.

There’s plenty online about the Moon, the Apollo missions, and so forth. I thought I’d add my two cents and write about depictions of the Moon landing (and the Moon) in media.

Google’s created a “video Doodle” commemorating the Apollo 11 anniversary. Going one better, it’s narrated by Michael Collins, who was the pilot of the command module of Apollo 11.

TV coverage of the Apollo 11 launch

CBS has a page on its site listing its pre-launch and launch coverage at the time, anchored by then-anchorman Walter Cronkite.

For hardcore fans, CBS has also posted on YouTube its entire coverage of the launch (totaling well over four hours) on July 20, 1969. The launch itself comes 3 hours, 25 minutes into the video. Of interest, the video also includes the commercials and non-Apollo news updates that aired that day. As expected, lots of now-antique cars, etc.

Return to the Moon?

There’s been various plans by both NASA, other nation’s space programs, and even private ventures hoping to return to the Moon. To wit:

The Moon in cartoons

Of course, the Moon’s extremely ubiquitous in fiction, including cartoons.

DC Comics and Marvel Comics have both depicted the Moon. Both companies have versions of NASA (and the Apollo 11 landing) in their universes, but both worlds also saw plenty of superheroes, scientists, and others visiting the Moon before NASA did.

On the DC Comics side, the Moon was for a time the headquarters of the Justice League (their “Watchtower”). It’s also been the home base of the villain Eclipso.

On the Marvel Comics side, the Moon’s seen a lot of activity as well, including serving as bases for the Watcher and the Inhumans.

PBS has launched two children’s shows recently centered around space travel and/or the Moon: “Ready Jet Go” (whose characters have visited the Moon on multiple occasions) and “Let’s Go Luna” (Luna the Moon’s a character, but the show focuses on the Earth and its countries/cultures).

Was the Moon landing faked? (No.)

Finally, there’s those few convinced the Moon landing was faked, which of course is extremely wrong. The TruTV show “Adam Ruins Everything” made a segment debunking this; the show explains how and why faking the Moon landing with 1969-era technology and resources would’ve been impossible.

“Buzz Aldrin salutes the U.S. Flag” by NASA Goddard Photo and Video is licensed under CC BY 2.0 (Flickr / cropped from original)